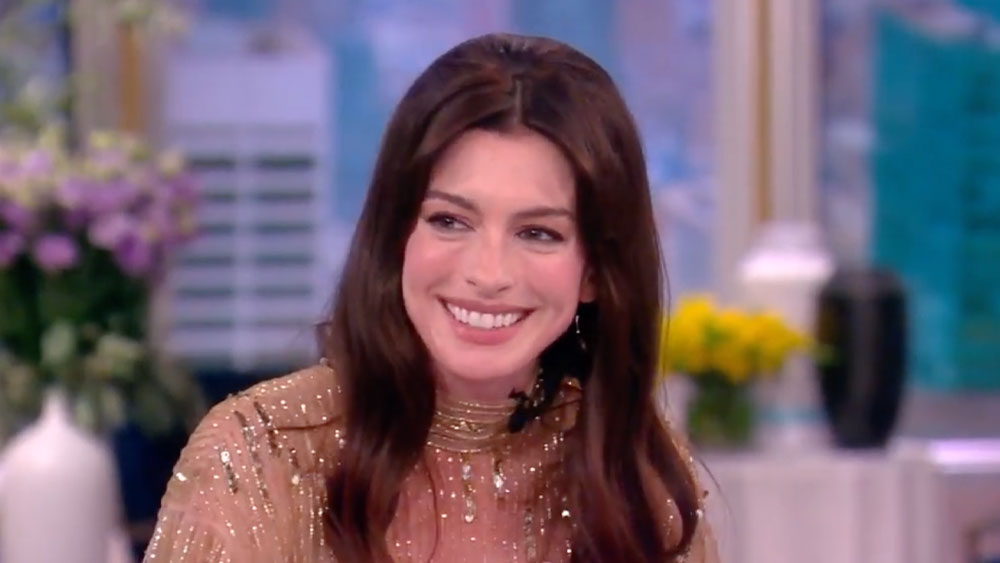 Anne Hathaway is expressing her doubts about making a The Devil Wears Prada sequel and she recently told the panel at The View why she doesn’t think it’s possible.

“I don’t know if there can be [a sequel],” she said on the ABC talk show. “I just think that movie was in a different era. Now everything’s gone so digital and that movie is centered around the concept of producing a physical thing and it’s just, it’s just very different.”

The 2006 film directed by David Frankel is based on the Lauren Weisberger novel of the same name and it centers around a fashion magazine editor Miranda Priestly, played by Meryl Streep. Hathaway plays Andy, a college graduate looking for an opportunity, and becomes Miranda’s second assistant. The Devil Wears Prada also starred Emily Blunt and Stanley Tucci.

Despite not thinking a sequel is possible, Hathaway has found it “tempting” to think about what the characters would be up to now if a follow up would be made.

“It is tempting to think about Andy and Emily needing to get Miranda her coffee and she’s somewhere in Europe. And then along the way they pick up Stanley Tucci in Italy, who’s at a restaurant. It’s tempting but I don’t think it’s going to happen,” she added.

Hathaway suggested they could “relaunch” The Devil Wears Prada and “find new people” to do it. However, the co-hosts at The View were not fans of the idea of a complete reimagination of the movie.

Watch Anne Hathaway’s interview on The View below.