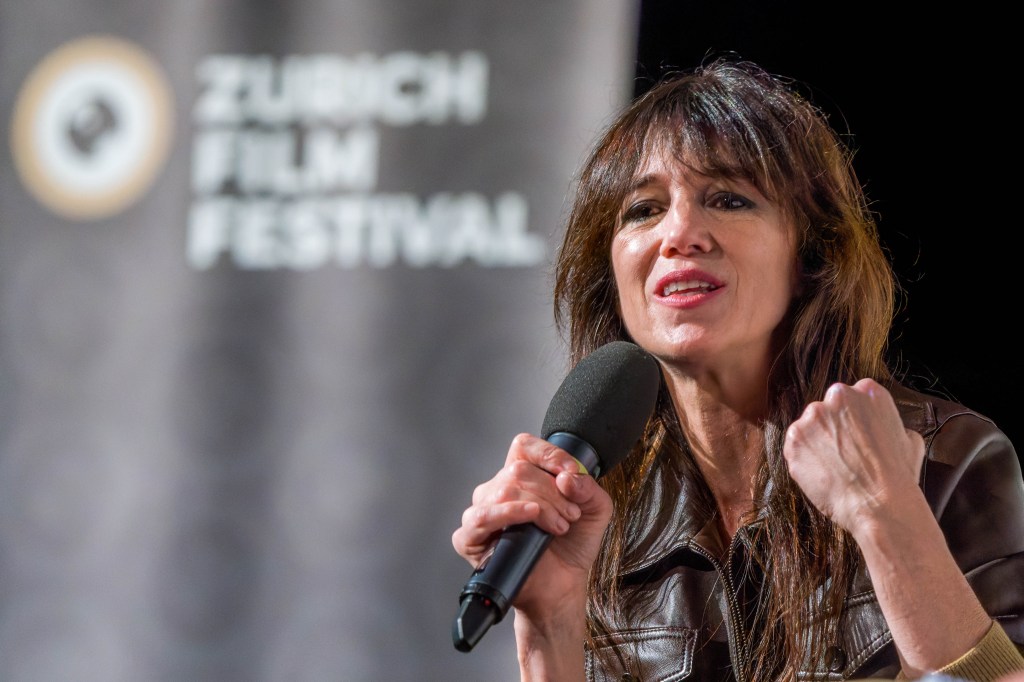 Charlotte Gainsbourg revealed the lasting impact of working with Danish director Lars von Trier at a Masterclass at the Zurich Film Festival this week, where she also received its honorary Golden Eye career award.

From 2009 to 2013, the British-French actress shot three films with the director – Antichrist, Melancholia and the two-part Nymphomaniac  – and at the time was sometimes referred to as his muse.

Gainsbourg said the period she spent working with von Trier, who has recently announced he is taking a break from directing following his diagnosis with Parkinson’s Disease, was a milestone in her career.

“For Me, There Is A Before Lars, And An After Lars,” she said. “He taught me so much and different things with each film.”

“You have such freedom with him,” she continued. “You get into a scene, you know your lines and then he just says, ‘Well, that was just crap… What I wrote was crap, so let’s start again from scratch’. So, he is not accusing you and you explore. The whole thing is exploring, then you go to another director and think you will have the same freedom and no, that director is very attached to his lines.”

The actress revealed that her first meeting with von Trier fell flat.

“It didn’t go that well and I came out thinking, ‘Oh, he’s not interested’, and then he called, and I did his film,” she said.

Their first collaboration on Antichrist arose after the actress who originally signed for the role dropped out at the eleventh hour.

“There was a bit of a panic on their side. They interviewed a few actresses.  I don’t know why he chose me. I don’t know what he knew about me,” he said.

Gainsbourg won best actress at Cannes in 2009 for her performance in the film as a woman who retreats to a cabin in the woods with her husband (Willem Dafoe) where they nurse their crazed grief following the accidental death of their son.

“My part was called ‘she’ and Willem’s part was ‘he’. It was very anonymous.  It was as if I had no past and that was wonderful to be like this new object,” said Gainsbourg.

“It was very demanding. I was completely puzzled by what he was asking. He was asking me to be hysterical and then laughing and then crying – all sorts of different emotions for the same scene. I did go to him after a day of the shoot and say, ‘I don’t understand what I am doing. You’re asking for all different sorts of direction’. He just said, ‘Trust me, that’s the way I work’,” she recounted.

Gainsbourg said von Trier would change in approach and attitude from project to project, which had been disconcerting when she came to work with the director on Melancholia just two years after Antichrist.

“I entered the shoot thinking, ‘I know Lars, I’ll have this special relationship with him’ and he totally put me aside,” she recalled.

“At one point, I went to see the producer and said, ‘I think he wants to fire me, he’s not happy’.  At the end of the shoot, she came to see me and said, ‘I’m sorry I couldn’t reassure you because Lars didn’t want me to. He wanted you in that awkward spot’. I was really unhappy and it’s the film I am most proud of,” she revealed.

It was shortly after the film’s tumultuous trip to Cannes in 2011, during which von Trier got himself banned from the event for seven years after an ill-advised joke about Hitler, that the director first mooted his plans for Nymphomaniac., initially including Gainsbourg’s co-star Kirsten Dunst in the mix.

She said the Nymphomaniac shoot was the most “fun” of all her collaborations with von Trier, even though there were difficult family circumstances in the backdrop.

“I was losing my father-in-law so I asked if I could get out of the film and be beside Yvan [Gainsbourg’s partner Yvan Attal]. They said, ‘No we’re shooting in two weeks, you have to do it’,” recalled the actress.

“He was so sweet with me, so kind and understanding. The shoot was fun, fun. It was so extreme, the sex was so extreme, having to mould between my legs, these two guys, the whole thing was so comical at times, I had to laugh about it, he was laughing about it.”

Gainsbourg revealed von Trier had also supported her first steps into directing, on a music video for the title song of her 2017 album ‘Rest’.

She originally asked him to direct it but he did not have the time.

“[He said] ‘I’ll give you instructions and you’ll have to follow the instructions’. It was great because it meant I had the courage to do it. It was like doing an exercise. I can’t remember exactly what he asked for, but I did everything and then I felt very empowered to the next one and the next one,” said Gainsbourg.

The actress has since directed her first feature-length work, the deeply personal documentary 2021 Jane By Charlotte, exploring the life of her actress and singer mother Jane Birkin and their complex relationship.

“This was very much a personal view on my mother and our relationship, [touching on] the awkwardness between us, the beauty she has, the fantasy. She was an incredible person to follow, not only because she is my mother. I felt very lucky to be able to explore and for her to be so open.”

Gainsbourg said she would like to direct again but was looking for the right project, adding it would probably be a personal subject once again if she did.

“This [Jane by Charlotte] was a very particular project. I would love to be able to shoot again, to watch actors, because that was incredible to be in the editing room, looking at her, you’re in love with your actors and it’s quite magical that time you get. I hope someday I will have a story to tell, something as personal. But I have to find that.”

Gainsbourg revealed it was Birkin who had gently steered her towards acting, shortly after she had appeared in the video for her father Serge Gainsbourg’s controversial 1984 song ‘Lemon Incest’, suggesting she went for a role in Claude Miller’s An Impudent Girl. She was just 12 years old at the time.

“My mother thought it would be good for me if I had one step in a film, in something separate from my family’s story, to have my own path,” said Gainsbourg. “She was having lunch with a casting director who told her they were looking for a girl of my age.”

“I can’t remember wanting to be an actress. My mother does. She says, she saw it in my eyes, when I was watching her in front of the camera, she saw I was looking for that.”

Gainsbourg clinched the role of a rebellious, motherless teenager and went on to win the César in 1986 for best promising new actress.

Despite this early success, Gainsbourg said she enjoyed a “normal life” as an adolescent

“I would go to school and then in the summer I would choose a film,” she recounted.

Gainsbourg was also in Zurich for the world premiere of Celyn Jones and Tom Stern’s The Almond And The Seahorse about two couples whose lives together are irrevocably changed when one partner suffers a traumatic brain injury.

She co-stars alongside Jones, Trine Dyrholm, Meera Syal and Rebel Wilson as one of the unafflicted partners struggling to come to terms with her partner’s memory loss and personality change.

“I found it very touching to look at the patients, but also what the loved ones are going through,” she said of her decision to take on the role. “It was a very beautiful perspective of four characters.”