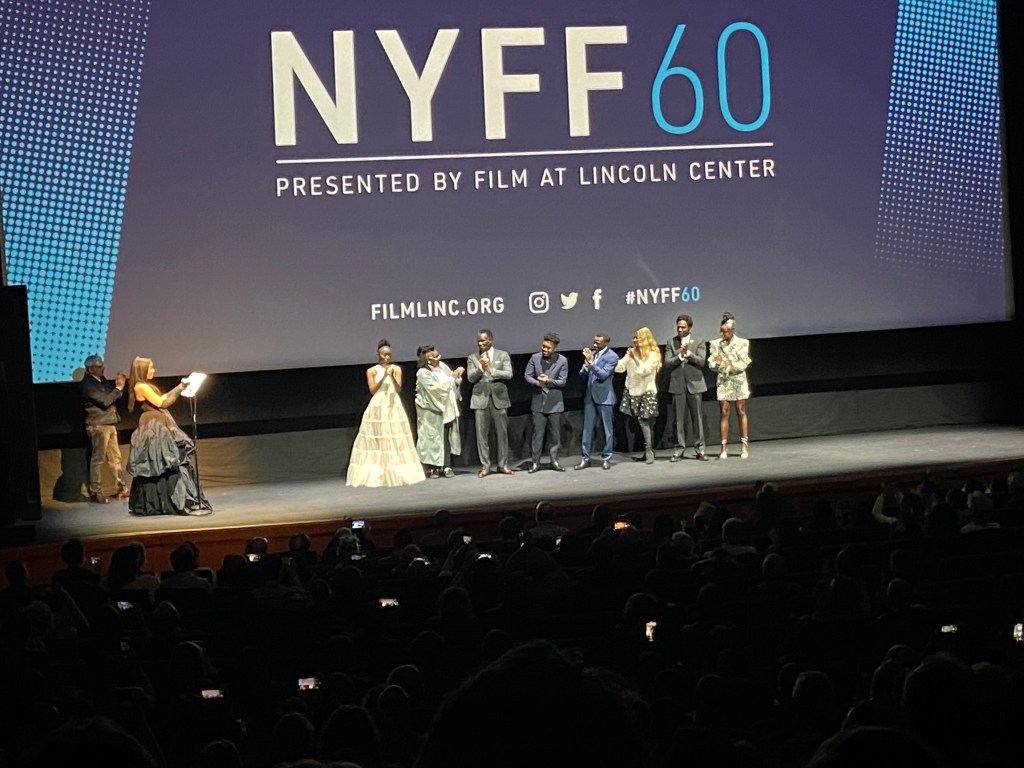 Chinonye Chukwu was certain of two things setting out to tell the story of a loving and lovely 14-year-old boy lynched in 1955 Mississippi for whistling at a white woman. First, the story had to be told from the perspective of Mamie, the mother of Emmett Till. “We had to follow closely her emotional journey. For without Mamie, the world, we, would not have known who Emmett Till was.”

“I also knew that I did not want to show any violence inflicted on black bodies,” Chukwu said during a Q&A after the film’s rapturous reception at its New York Film Festival world premiere. Deadline review here. “Narratively speaking, since we are following Mamie’s journey, it is not necessary to see that physical violence. We have to stay with Mamie.”

“And I really wanted to begin and end this this film with joy and love. Because in addition to this film being about Mamie’s story and her journey, this was also a love story between Mamie and her child,” played by Danielle Deadwyler and Jalyn Hall. They were happily living in Chicago and Mamie tried, but wasn’t able, to prepare Emmett for toxic Southern racism as he happily prepared for a trip down to visit cousins. “You have to be small,” she warns her high-spirited teenager, who crouches down and laughs, “Like this?”

Mamie held Emmett’s funeral with an open casket, his brutalized body shocking the country into a reckoning. Awash in grief and resistant at first, she gradually accepts the role thrust upon her by her son’s death — a crusader for social justice.

Whoopi Goldberg plays Emmett’s grandmother Alma, “This is the story I’ve heard all my life. This is the year I was born. You listen to people talk and they throw the name [Emmett Till] around,” she said. “Nobody knowns his story. We know pictures. We’ve seen pictures in magazines. But suddenly there is life and breath in this family, and they are moving and alive.”

“This is what the culmination of systemic racism looks like. It goes out in ripples, and it touches everybody. And the whole point of all of this is we’ve seen it, we know. We saw George Floyd. We saw Trayvon Martin. Children and young men. Middle aged men. Men. People.”

Mamie Till-Mobley passed away in 2003. Some of the Till’s extended family were in attendance at the Lincoln Center premiere, so were other grieving mothers: Lezley McSpadden-Head, mother of Michael Brown, the 18-year- old shot and killed in Ferguson, Mo. in 2014 by a white police office; Kadiatou Diallo, mother of Amadou Diallo, a 23-year-old Guinean student shot and killed by New York City police officers in 1999; and Marian Tolan, mother of Robert Tolan, shot by police in Bellaire, Texas in 2008.

Chukwu’s film Clemency won the Grand Jury Prize at the 2019 Sundance Film Festival. She wrote Till with Michael Reilly and Keith Beauchamp, who accumulated a bulk of research for his award winning 2005 documentary The Untold Story of Emmett Louis Till.

The film, from MGM’s Orion pictures, will be released theatrically by UAR on October 14.

‘Till’ NYFF Review: Chinonye Chukwu Handles The Emmett Till Story With Care