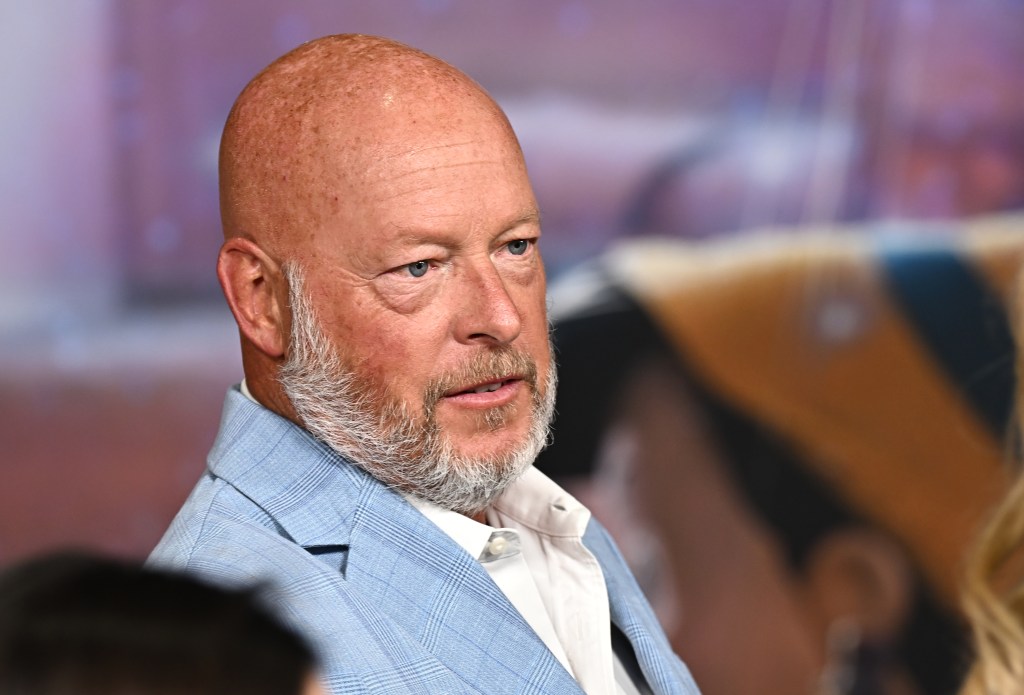 “It’s the physical and the digital aspects of your Disney lifestyle coming together,” he said during a half-hour sit-down at The Wall Street Journal‘s Tech Live conference. “If you’re on Disney+, we should be aware, assuming you give us the permission to have that awareness, of what happened, what you experienced, what you liked the last time you visited a park. And, vice versa, when you’re in a park, we should know what your viewing habits are on Disney+.”

Efforts to unify those two branches of the company’s operations operations are under way, Chapek said. “We’re putting the arms and legs on it right now inside our own technical groups. What we’re trying to do is build a toolbox of utilities that then can be used by our creators at Disney, Pixar, Marvel, Lucas who then take those utilities and use them to tell stories in a more customized and personalized way according to your interests.”

In this scenario, which is Disney’s “next-generation storytelling” spin on the metaverse, someone who rode the Pirates of the Caribbean ride, for example, would then find Pirates-themed titles highlighted on their home page of Disney+ upon log-in.

The wide-ranging conversation also saw Chapek reflect on the tumultuous stretch of weeks earlier this year when he and his management team found themselves whipsawed between internal dischord and harsh public criticism by Florida Gov. Ron DeSantis. On a related note, the Disney boss also responded to charges of “wokeness” in the company’s activities. And he discussed how he sees the crowded streaming field shaking out, ESPN’s plans in the hotly competitive sports space and his expectation for an “emotional” premiere of Black Panther sequel Wakanda Forever after the death of franchise star Chadwick Boseman.

Chapek also declared that the company does not intend to be “a buyer in the open marketplace” after paying $71.3 billion for most of 21st Century Fox in 2019 and doing several other multi-billion-dollar M&A deals in the preceding years. The notion of Disney not being a buyer is a widely understood one, given that it faces a key decision point in 2024, when it has the option to buy out Comcast’s 30% financial stake in Hulu at a cost of tens of billions of dollars. (The price tag will be determined closer to the date.) Chapek has indicated strong interest in completing that deal and also a willingness to fund production and sports rights acquisitions, both at robust levels.

Asked by WSJ Editor-in-Chief Matt Murray about criticisms of creative choices (the same-sex kiss in Lightyear or Pinocchio accepting his wooden self in the latest film version, for example) that have prompted the “woke Disney” label, Chapek replied with a different description. “We want our content to reflect the rich, diverse world we live in,” he said. “We live in a world now where everything seems to be polarized, but I think we want Disney to stand for bringing people together.” Pressed by Murray, “To be clear, you don’t think Disney’s too woke?” the exec responded, “I think Disney is a company that has survived for 100 years by catering to its audience and it’s going to thrive for the next 100 years by catering to its audience.”

ESPN will remain a part of the company, Chapek has recently affirmed after activist investor Daniel Loeb and several Wall Street analysts had called for it to be spun off. Anyone saying, ‘Well, is it really right at Disney? Is it not right at Disney?’ I think what they’re failing to see is that ESPN is a power brand. It represents, like Disney does, in terms of its family audiences. For sports fans, it is the power brand out there.” As to speculation about Disney entertaining offers to either acquire or take a stake in a spun-off ESPN, Chapek said interest was inbound as a result of press reports. “Our phone started ringing,” he said with a grin. “We must have something great in ESPN because everybody seems to want it.”

Strategically, as ESPN seeks to stay competitive in a sector now featuring deep-pocketed tech players like Amazon and Apple in addition to legacy rivals like NBCUniversal, Paramount and Warner Bros Discovery, Chapek said the ESPN brand is built to transcend cord-cutting or other shifts. “We talk about, ‘Well, what’s happening with the cable bundle and cord cutting?’ That is a particular execution of that brand that happens to have been very powerful and relevant for many years — still is, in many ways — but that is not the essence of that brand. The brand is much larger than that.”

Asked what he thinks he did right and wrong during the Florida situation, which prompted staff walkouts and rancor from without and within, Chapek said, “The lesson is the lesson we probably always knew, which is that at Disney, it’s all about the cast.”

Recalling his tenure running the theme park division, Chapek said “99%” of the letters he would receive from patrons were about their interactions with “cast,” aka the employees dressed in costumes who bring the parks experience to life. When the Florida affair came to light, Chapek revealed that Disney had tried unsuccessfully to lobby DeSantis and other state legislators to persuade them not to sign the bill derided as “Don’t Say Gay” for its limits on classroom discussion of LGBTQ+ themes. Once it went public, DeSantis seized on it and said he planned to punish Disney financially. As the situation blew up, Chapek — who at that point had not inked an extension to remain CEO through 2025 — was attacked by employees for being too willing to allow a law to pass through the statehouse despite the ill effects it would have on a large number of workers.

“We were reminded, through the passion of our cast’s reaction, how important their sentiments are on these issues,” Chapek said. When people ask him for advice on navigating choppy political waters, Chapek said he tells them, “Stick to your values, to your north star. Simplify the cacophony of voices out there and do what you think is right.”

The session began with a note about tonight’s world premiere of Wakanda Forever. While Chapek noted that his 30-year Disney tenure included nearly two decades at the film studio and attending “quite a few” premieres, he said this would be something different. “I’m sure there will be a lot of emotion tonight,” he said, in large part because of the legacy left by Boseman.