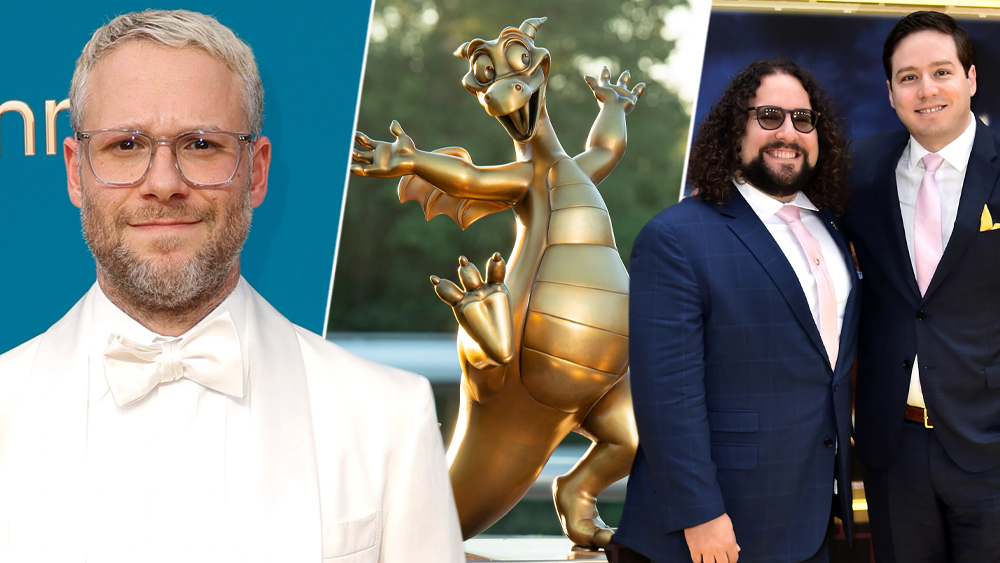 EXCLUSIVE: A Disney film is in the works featuring the character Figment, a small purple dragon who serves as the mascot of Epcot’s Imagination Pavilion in Orlando. The feature hails from Seth Rogen’s Point Grey with Pokémon Detective Pikachu‘s Dan Hernandez and Benji Samit set to write, Deadline has learned.

Figment was created by Walt Disney Imagineers Tony Baxter and Steve Kirk, among other collaborators, in 1983, the same year it made its debut in the Epcot ride Journey Into Imagination. Figment is the embodiment of the imagining process— a figment of your imagination.

Although one of Disney’s more obscure characters, Figment has a devoted fanbase that has ensured his role at the park is never diminished. Various attempts to remove the ride or decrease his presence have been met with loud protests.

Today, he is the star of the latest version of the ride Journey Into Imagination with Figment.

The feature will not be Figment’s first time on the big screen, however. He made cameo appearances in 2015’s Inside Out and 2019’s Toy Story 4.

Rogen and his producing partners Evan Goldberg and James Weaver have released various TV and film projects under their Point Grey banner including Hulu’s Pam & Tommy, Amazon’s The Boys and The Boys Presents: Diabolical, as well as This Is the End, The Interview, The Disaster Artist and An American Pickle.

Up next, they have Teenage Mutant Ninja Turtles: Mutant Mayhem.

Other notable credits include Apple’s Central Park, The Tick for Amazon and the One Day at a Time reboot.

They are repped by 3 Arts Entertainment and UTA.