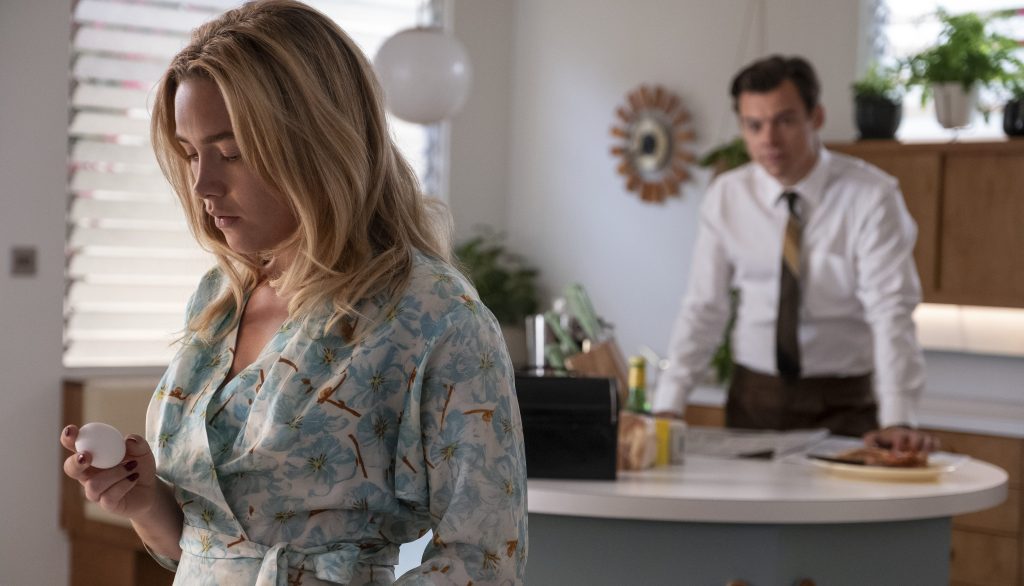 Warner Bros.’ original projection for the movie starring Harry Styles and Florence Pugh was $17M this week, while industry sources peg the R-rated pic’s start between $20M-$26M. I had heard that AMC’s internal projections were $27M two days ago — and that was based off presales.

As of right now, the audience score for Don’t Worry Darling is high at 87% on Rotten Tomatoes, beating that of critics’ whine of 36% Rotten. In early Comscore/Screen Engine PostTrak figures, which we’ll update throughout the weekend, Don’t Worry Darling notched three stars, with a 66% positive. Women under 25 — those Harry Styles fans — are turning out big as expected, with 40% giving the pic a 75%, followed by women over 25 at 28%, men over 25 at 23% and men under 25 at 8%. The 18-34 demo repped 64% of Thursday night’s attendees.

The film arrives after weeks of sometimes-bizarre headlines chronicling various controversies, from Shia LaBeouf’s withdrawal from the project and questions over Florence Pugh’s absence at a Venice Film Festival press conference to the debunked suggestion that Harry Styles spit on Chris Pine.

Olivia Wilde Opens Up About ‘Don’t Worry Darling’ Spit-Gate Drama: “Harry Did Not Spit On Chris”

The number is bigger than last year’s female-skewing House of Gucci, which made $1.3M in its Tuesday previews before Thanksgiving, and just under Gaga’s A Star Is Born, which made $4.55M in its combined previews ($3.2M in its sole Thursday previews) back in October 2018. You want auteur genre comps? Don’t Worry Darling also made more than the previews for Jordan Peele’s Get Out, which had a $1.8M Thursday night.

Meanwhile, Disney’s re-release of 20th Century Studios’ Avatar posted previews of $2.5M in presales.  Around 45% of sales are for IMAX 3D, and total 3D is over 95%. The film is projected to post a weekend in the high single digits. This puts the pic’s domestic gross at $763M, where it resides as the fourth highest ever in U.S./Canada, after Star Wars Force Awakens ($936.6M), Avengers: Endgame ($858.3M) and Spider-Man: No Way Home ($814M). The James Cameron directed Oscar winner earned $3.5M in 32 offshore markets after two days putting its global take at $2.85 billion — still the highest grossing movie ever ahead of Avengers: Endgame ($2.79 billion).

Among those titles in regular release, TriStar’s Viola Davis female African warrior film The Woman King ended its first week with an estimated $25.1M at 3,765 theaters. The movie is expected to hold with a second weekend of $11M-$12M. It made $1.2M on Thursday, -8% from Wednesday.