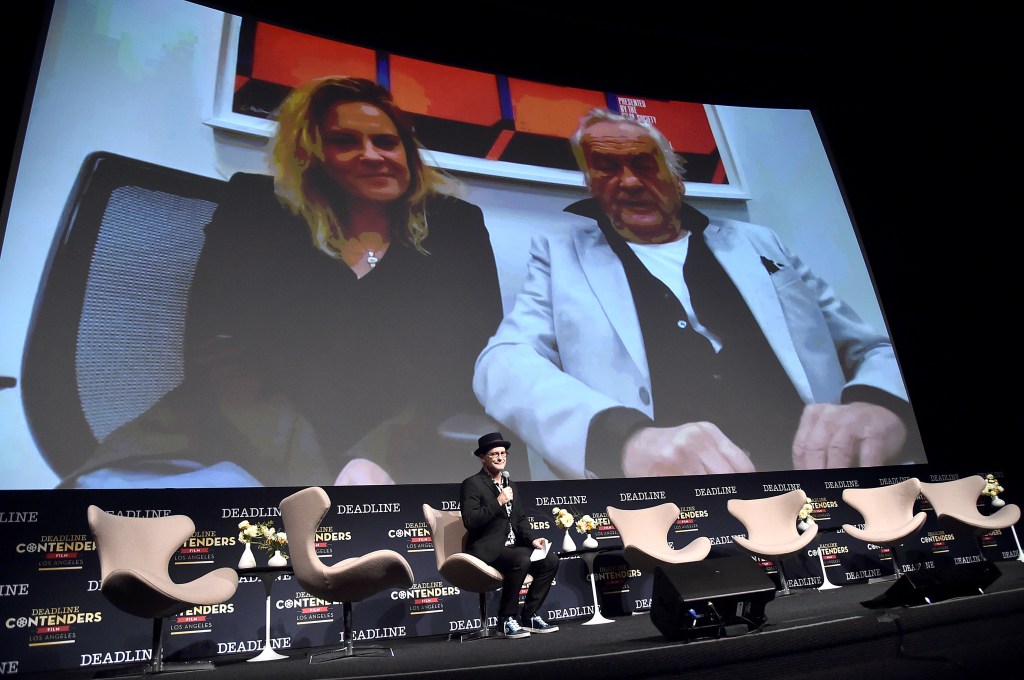 Husband-and-wife writing and producing partners Jerzy Skolimowski and Ewa Piaskowska had the Deadline Contenders Film: Los Angeles crowd doubled over in laughter with their charming back and forth banter. The pair behid EO joined Saturday’s event via video and discussed their choice to create a film from a donkey’s point of view.

“We decided that we are not going to follow the traditional linear narration of the film,” Skolimowski said. “We were fed up with it. There were so many films made following the three act structure and the linear narration where you have to tell the story from A to Z … and keeping within the rules of the three-act structure. … Let other people make those films under those rules.”

A film from a Polish circus donkey’s POV might give you pause, but EO already has taken home the Cannes Film Festival Jury Prize, and the Sideshow & Janus Films production is Poland’s entry for the Best International Feature Film Oscar race.

The concept didn’t start with donkey. Skolimowski and Piaskowska knew they wanted an animal lead but didn’t know for sure what beast it should be. “We have to avoid the initial reaction, ‘Oh, another film about cats,’” Skolimowski said.

It was all in the eyes, he added: “We were struck by the look of [the donkey’s] eyes … enormously large with this very specific melancholic look.” They realized that the same shots set from the POV of the animal would reinterpret the situation, making everyday objects and situations anew.

And director Skolimowski knew this was the quality he wanted to explore. “The eyes are giving you the answer,” he said.

Check back Monday for the panel video.