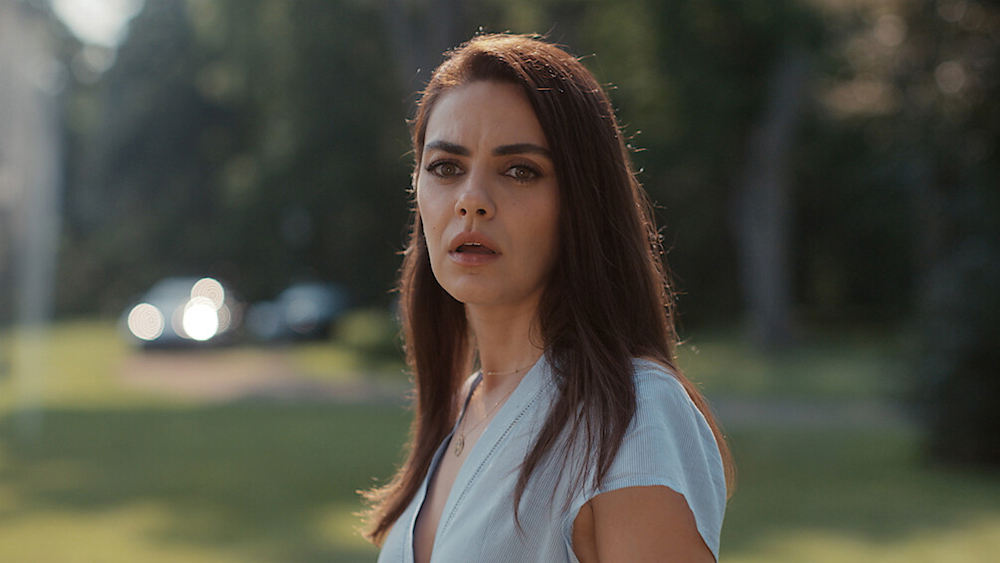 Following along in the not-too-distant footsteps of popular women’s suspense novels such as Gone Girl and The Girl on the Train, Luckiest Girl Alive tells the tony yet unsavory tale of a successful career woman who struggles to once and for all come to terms with a highly traumatic youthful episode. The emotions expressed here are nearly all negative, understandably so given the dreadful backstory that eventually comes to the fore. What’s more, the characters, most of all the leading lady, hardly represent the best of company. But what it’s ultimately getting at in the final scenes does provide some tough emotional reality and self-searching in a what-might-you-have-done-in-the-same-situation sort of way, which is at least a bit more than what other tales of this ilk provide.

Jessica Knoll’s 2015 novel, her second, takes place many floors beneath those occupied by the likes of Succession, but it’s roughly the same Manhattan neighborhood, at least attitude-wise. The imaginatively named Tifani FaNelli (Mila Kunis) is a sleek mid-30ish woman who, at the outset, is poised to leave her newspaper gossip-column job for a treasured position as the senior editor of The New York Times Magazine. She’s also due to marry a real catch the in the Adonis-like Luke Harrison (Finn Wittrock). What could go wrong with this picture?

As often happens, it’s something from out of the past. Assorted flashback snippets throughout the rather long-feeling two-hour running time reveal that a very nasty incident took place once upon a time in a private boarding school that Tifani (where did they come up with that spelling?) at the time participated in covering up. Even though the crime resulted in death, Tifani never told the full story and managed to wiggle out of it all unscathed, legally if not emotionally.

But now the long arm of the law — or at least of the gossips — is threatening to upset her perfect life just as she’s due to elevate in all ways, professionally and personally. Knoll adapted the novel for the screen herself, and the script is heavily front-loaded with exposition in which peripheral figures tell the more important characters things they already know: “You’re a survivor of the deadliest school shooting in history!” someone notifies an actual could-have-been victim, as if she might have forgotten. But we soon see flashback footage of the intimate massacre that left multiple students dead, and much of what follows hinges on how much journalist Tifani decides she does or doesn’t want to reveal about everything that really happened something like 20 years earlier.

“The past is never dead,” someone helpfully mentions, and it’s clear from Tifani’s neuroses that she’s still greatly troubled by what she experienced way back when. As played by Kunis, Tifani comes off as almost permanently tense and tightly wound, and it’s somewhat disconcerting how very different Chiara Aurelia, the actress who plays Tifani in her teens, looks compared with the older actress.

Tifani does have every reason to feel uptight, but Kunis’ performance remains in clenched mode most of the way, with very little modulation or character revelation, which prevents this smart and accomplished woman from showing a very wide range of colors and emotions. Her anguished dilemma notwithstanding, it’s not all that easy to really become attached to her, and the script would have been helped by a scene or two of Tifani and her soon-to-be husband displaying some real intimacy that might have provided a greater rooting interest in their relationship.

British director Mike Barker — whose many TV credits including The Handmaid’s Tale, Fargo and Broadchurch outclass his big-screen efforts to date — keeps this moving swiftly and coherently, which allows the young characters’ behavior under shocking duress seem plausible. The long-term issue is whether they can live with their terrible secrets their entire lives or finally spill the beans, come what may.

Luckiest Girl Alive was written with adherence to a particular popular formula to reach a particular audience of mostly young women, but it does carry sufficient elements of “What would you have done under the same circumstances?” that lend it a degree of credibility. As formulaic as it is, the story nonetheless confronts the persistence of guilt over past questionable behavior and how people struggle to deal with it, even long after the fact.

Peter Bart: Academy Meetings Intense And Urgent As They Work To Re-Energize The Oscars