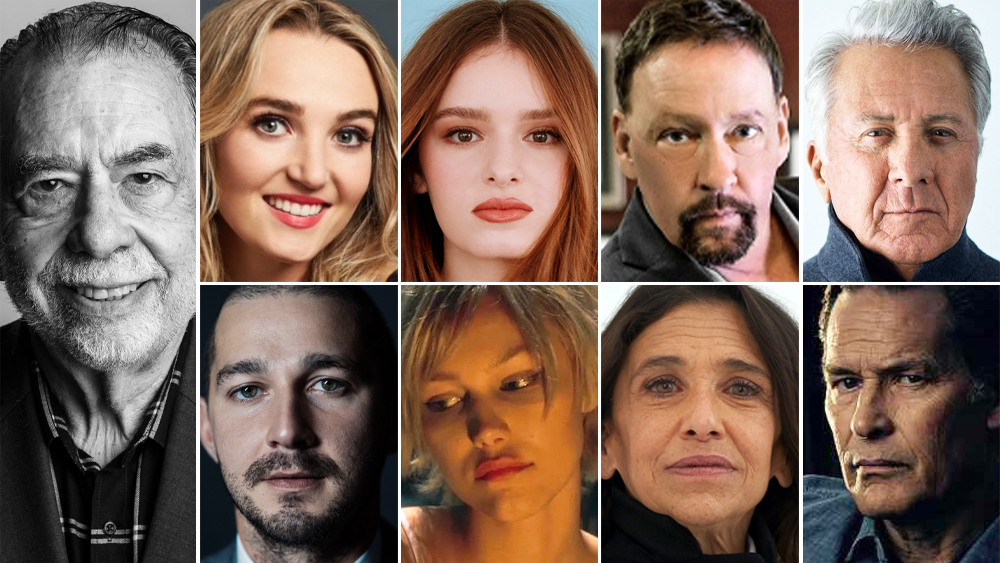 EXCLUSIVE: Francis Ford Coppola has completed the cast of Megalopolis, the epic drama that he’ll shoot this fall in Georgia.

Coppola has ruminated over Megalopolis for over two decades. He is financing almost all of it himself. A maverick who has always bet on his vision — mostly to great success — he has put up the majority of the nearly $100 million. Logline: The fate of Rome haunts a modern world unable to solve its own social problems in this epic story of political ambition, genius, and DANGEROUS love.

In an interview earlier this year with Deadline about his Oscar memories, I asked Coppola if he’s staking himself yet again because he would not want to regret it on his death bed someday, he said that was only part of it.

Said Coppola: “What’s the worst that can happen to me? I’m going to die and be broke? I’m not going to be broke. My kids are all successful. They’re going to have this beautiful place…You’ve seen Inglenook. They’re going to have that. I’m confident that if you can make a film that people can keep getting something out of for 10, 20 or more years, you will not lose money. I look at my movies. They’re all being looked at 50 years later. The Outsiders, Dracula, they are still seen. My films, the more weird they are, the longer they seem to last. I don’t even know why.

“What would make me really happy? It’s not winning a lot of Oscars because I already have a lot and maybe more than I deserve. And it’s not that I make a lot of money, although I think over time it will make a lot of money because anything that the people keep looking at and finding new things, that makes money. So somewhere down the line, way after I’m gone, all I want is for them to discuss [Megalopolis] and, is the society we’re living in the only one available to us? How can we make it better? Education, mental health? What the movie really is proposing is that utopia is not a place. It’s how can we make everything better? Every year, come up with two, three or four ideas that make it better. I would be smiling in my grave if I thought something like that happened, because people talk about what movies really mean if you give them something. If you encouraged people to discuss marriage and education and health and justice and opportunities and freedom and all these wonderful things that human beings have conceived of. And ask the question, how can we make it even better? That would be great. Because I bet you they would make it better if they had that conversation.”