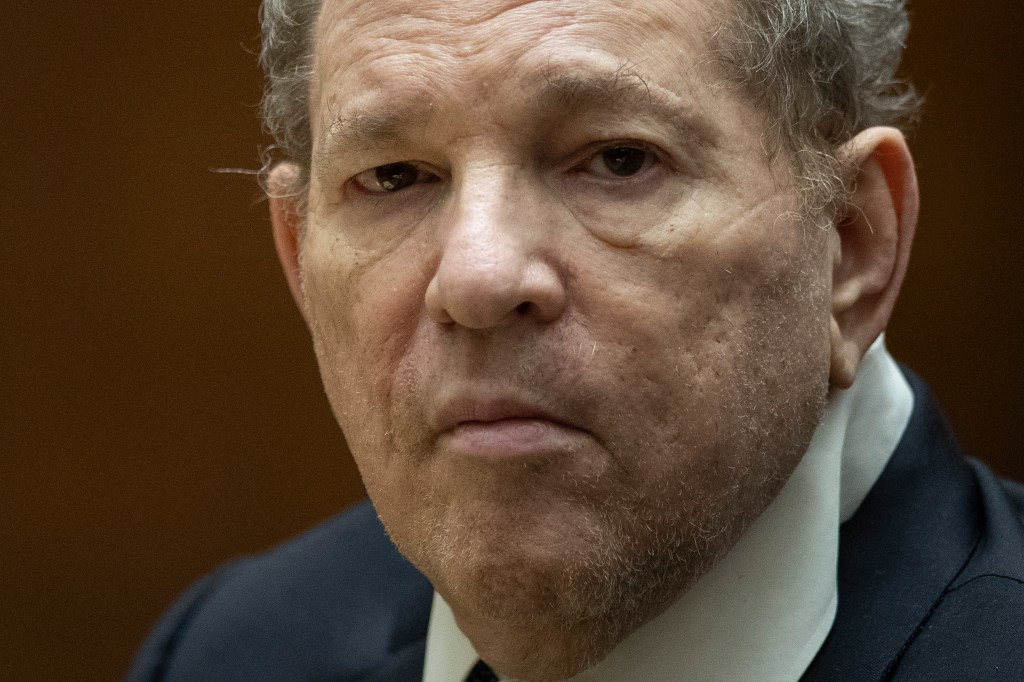 A model-actress, identified as Jane Doe #1, resumed her account of a 2013 encounter with Harvey Weinstein, telling jurors that she “wanted to die” as he sexually assaulted her in her hotel room bathroom.

“It was disgusting. It was humiliating, miserable. I didn’t fight,” Jane Doe # 1 said. “I remember how he was looking in the mirror and he was telling me to look at him. I wish this never happened to me.”

She testified for the second day in the Los Angeles trial of Weinstein, 70. He has pleaded not guilty on eleven sexual assault charges that involve claims of five women between 2004 and 2013. His attorney claimed in his opening statement that the sexual encounters were consensual and even “transactional,” and that claims were fabricated.

In her testimony, Jane Doe #1 said that she was “panicking with fear” as Weinstein forced her to perform oral sex on him, but that she did not fight or hit him. “I don’t know. I regret this a lot,” she said, as prosecutor Paul Thompson asked her why she didn’t do so.

“I didn’t have even one thought to run or scream,” she said. “I didn’t know how loud I was. I think enough loud that people could hear me from another room…but I didn’t scream help. I can do more.”

Jane Doe #1 had traveled from Rome to take part in the Los Angeles Italia Film Festival, where she saw Weinstein and said that she spoke to him briefly in the VIP room. She testified on Monday that, after a festival event, Weinstein tracked down her hotel and then demanded to be let into her room. Her testimony was ended when she broke down in tears as she described how Weinstein forced her head on his genitals.

On Tuesday, she apologized “for my breakdown yesterday,” adding that she “can’t control it.”

With English as her second language, she testified that she initially feared that Weinstein “misunderstood ” her when, shortly after entering hotel room, he began talking about a massage.

She said that she was afraid of him physically, noting that she had been in “bad situations where men beat me.”

She said that there was a considerable size difference between her and Weinstein, and that he was up to 150 pounds heavier than her.

“He was expecting that I’m doing what he’s saying and he qas … moving me through the bedroom like I’m an object.” She said that Weinstein didn’t scream or turn violent, but forced her mouth toward his penis. He struggled to get an erection, she said, holding her by her hair, and she did what he demanded.

“He hold me and he try to get inside of me with his penis but I was moving,” she said. “I was crying. I say stop. I say no.”

She described how she was struggling against him so he couldn’t get inside of her.

“I remember how he was looking in the mirror and he was telling me to look at him. I wish this never happened to me,” she said. Weinstein, she said, told her, “C’mon little girl. Tell me you like it. You like it.”

She said that the assault ended when Weinstein masturbated and ejaculated.

She said that she doesn’t know how long she was in the bathroom but described it as “long.” She then put her bathrobe back on, she said, and Weinstein “was acting like nothing happened. He was giving me compliments and then said that it was better” that she not talk to anyone about it.

“My understanding was that he’s somebody powerful so it’s better I not talk,” she said.

A jury of nine men and three women is hearing the Los Angeles case, following about two weeks of jury selection. The trial is expected to last until late November.

Weinstein was convicted in 2020 on charges of rape and criminal sexual acts, and he was sentenced to 23 years in prison. He was granted an appeal by New York’s highest court in August, raising the chance that his conviction in that state will be overturned.

Weinstein, who had been transferred to Los Angeles county jail to await the second trial, faces a maximum sentence of more than 100 years in prison if convicted of the additional charges. The grand jury charges are for four counts of rape, four counts of forcible oral copulation, one count of sexual penetration by use of force, plus one count of sexual battery by restraint and sexual battery.

The judge in the case, Lisa Lench, ruled later on Tuesday that prosecutors could introduce another witness, identified as “Rowena C.,” who settled a sexual harassment related lawsuit in 1998. Prosecutors also have indicated that four accusers would testify, rather than five in the original complaint.

Who Are The Ultimate Final Girls in Horror Gallery: From ‘Laurie Strode’, to ‘Sidney Prescott’ & ‘Dorothy Gale’