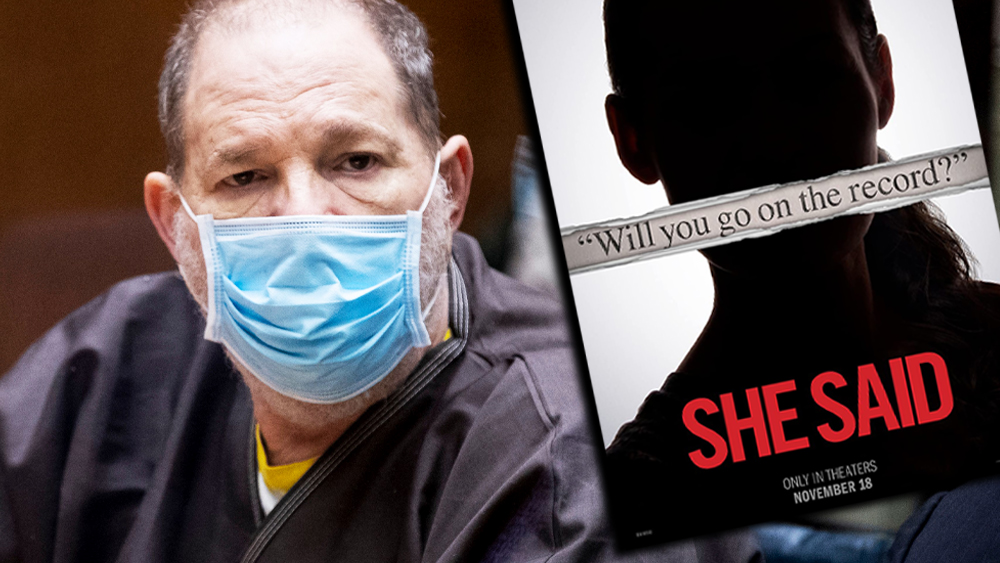 The judge at the center of Harvey Weinstein’s Los Angeles sexual assault trial concluded its first week of hearing testimony by admonishing the jury not to watch the trailer for She Said, the upcoming Universal movie about the events surrounding the New York Times’ investigation of Weinstein that led to its bombshell 2027 exposé and the start of the #MeToo movement.

According to pool reports, Judge Lisa Lench told the jury to avoid the trailer for the Maria Schrader-directed film, which stars Carey Mulligan as Megan Towhey and Zoe Kazan as Jodi Kantor, the reporters at the center of the investigation. The movie had its world premiere earlier this month at the New York Film Festival and is set for a red carpet premiere slot at AFI Fest in Hollywood on November 4.

The film, which is picking up Oscar buzz, will be released in theaters November 18.

Earlier this summer, lawyers for Weinstein tried and failed to get the L.A. court case delayed over concerns that the marketing for She Said‘s could have an influence or sway over jurors or participants in the case.

Notably, there are several posters for the film on bus stops and kiosks in the immediate area around the downtown criminal courts building, including one at the front of the entrance to the heavily trafficked Metro stop.

Earlier today, the prosecution’s case continued where it left off Thursday with testimony and cross-examination of Ashley M, a former dancer who harrowingly recounted an alleged assault by Weinstein at a hotel in 2003 in Puerto Rico, after they met on the set of Miramax’s Dirty Dancing: Havana Nights.

After Ashley M concluded testimony, her fiance at the time, actor-director Charlie Matthau, took the stand, followed by her mother Katherine Parnello. Both corroborated Ashley M’s account of the alleged assault, in which she said Weinstein pinned her on a bed and masturbated on her. She said she called both Matthau and her mother after the encounter.

A jury of nine men and three women is hearing the Los Angeles case. His attorneys have said the sexual encounters were consensual and even “transactional,” and that claims were fabricated.

The trial is expected to last well into December, with current California First Partner Jennifer Siebel Newsom among the alleged victims expected to take the stand.

What Rivalry? James Gunn Says Marvel’s Kevin Feige Was “The 1st Person I Told After I Did The Deal With DC”