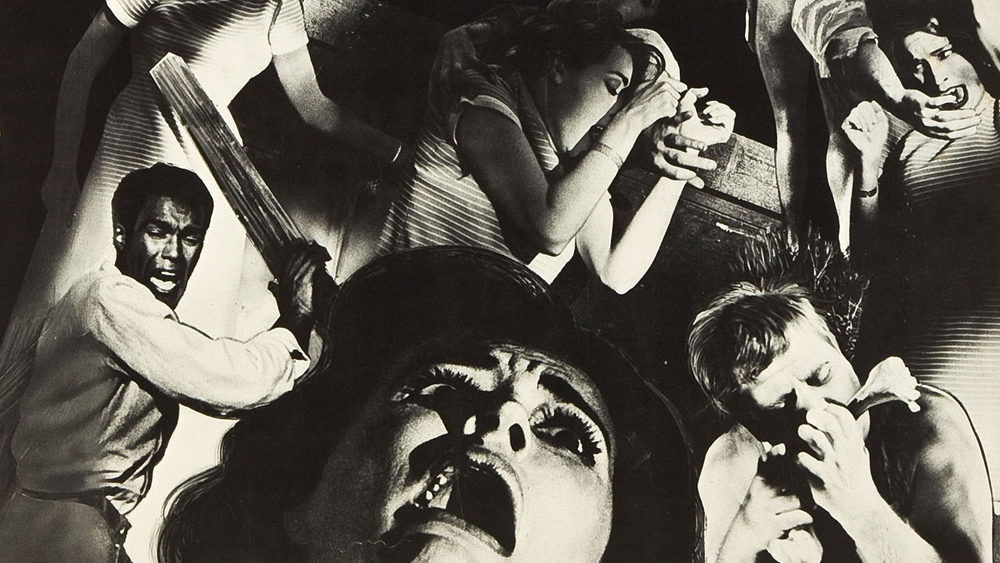 EXCLUSIVE: In an American Film Market package coming together that could wake the dead, Village Roadshow Pictures has partnered with Chris Romero and the late George A. Romero’s Sanibel Films, Origin Story, Vertigo and Westbrook Studios on what all hope will create a new franchise from Night of the Living Dead.

That is the 1968 Pittsburgh-shot film that godfathered the flesh-eating zombie genre that has nourished Hollywood in countless movies and series like The Walking Dead and its spinoffs. The film will be directed by Nikyatu Jusu and written by LaToya Morgan. They are keeping the logline under wraps, but clearly hungry corpses will be on the menu.

CAA Media Finance and Village Roadshow Pictures will co-rep U.S. rights, and FilmNation is handling international rights and will introduce the project to buyers at AFM.

Jusu earlier this year became only the second Black female director to win the Sundance Film Festival’s U.S. Grand Jury Prize, when Nanny won it in January. That film will be released theatrically November 23, before Prime Video releases globally December 16.

Scribe Morgan was a writer-producer on The Walking Dead, and the co-creator with JJ Abrams of Duster. She is showrunning that HBO Max crime drama series.

“The original version of Night of the Living Dead is still so resonant to this day,” said Jusu. “Every era has the zombie that it needs and right now, zombies reflect the ways that humans treat each other and show us who is truly the monster.”

Morgan called the original “one of the great cornerstones of the horror genre. I’m beyond thrilled to be playing in the sandbox that George Romero built and ecstatic to raise the stakes and push the envelope with this exciting new story.”

It is heartening to see Romero getting the regard for his iconic film creation, and to see his family involved through his Sanibel Films banner. His former wife Christine Romero will be a creative overseer, along with Village Roadshow’s Jillian Apfelbaum and Tristen Tuckfeld, Ryan Silbert for Origin Story, Andrew Childs for Roy Lee’s Vertigo, and Jon Mone and Ryan Shimazaki for Westbrook Studios.

Said Christine Romero: “I am so excited by this visionary team of storytellers that have come together to expand on the premise of the original film. Revisiting the world that George and his collaborators created is going to be a treat for fans. George would have been so happy to see this happen!”

I mentioned the woe attached to the Romero original film. It was made for $115,000 and Night of the Living Dead grossed $30 million and has netted around $200 million, making it one of the most profitable films in history. Rather than making Romero filthy rich, a mistake left a wide opening for opportunists to ravage his film — kind of like, well, zombies.

“Here was the rub,” said Greg Nicotero, who worked for years with Romero, directed 39 episodes of The Walking Dead, and has teamed with Jimmy Miller to make a documentary about the making of the original classic.

“They changed the title at the last minute,” Nicotero said. “Originally the movie was called Night of the Flesh Eaters, and at the last minute they changed the title to Night of the Living Dead, which they inadvertently left off the copyright. Only after Night of the Living Dead was released did they realize it wasn’t copyrighted, and that’s why there were so many versions of it out there available on DVD. They went to court with the Walter Reade Organization, which left the copyright off. So George’s first foray into the film world was rife with copyright lawsuits, which they lost. I believe that had that been copyrighted, George’s career would have gone in a completely different direction. But he was a slave to a clerical error that cost him millions and millions of dollars.”

Jusu is repped by M88 and CAA, Morgan by Eclipse Law. Vertigo, Origin Story and Westbrook are represented by CAA.