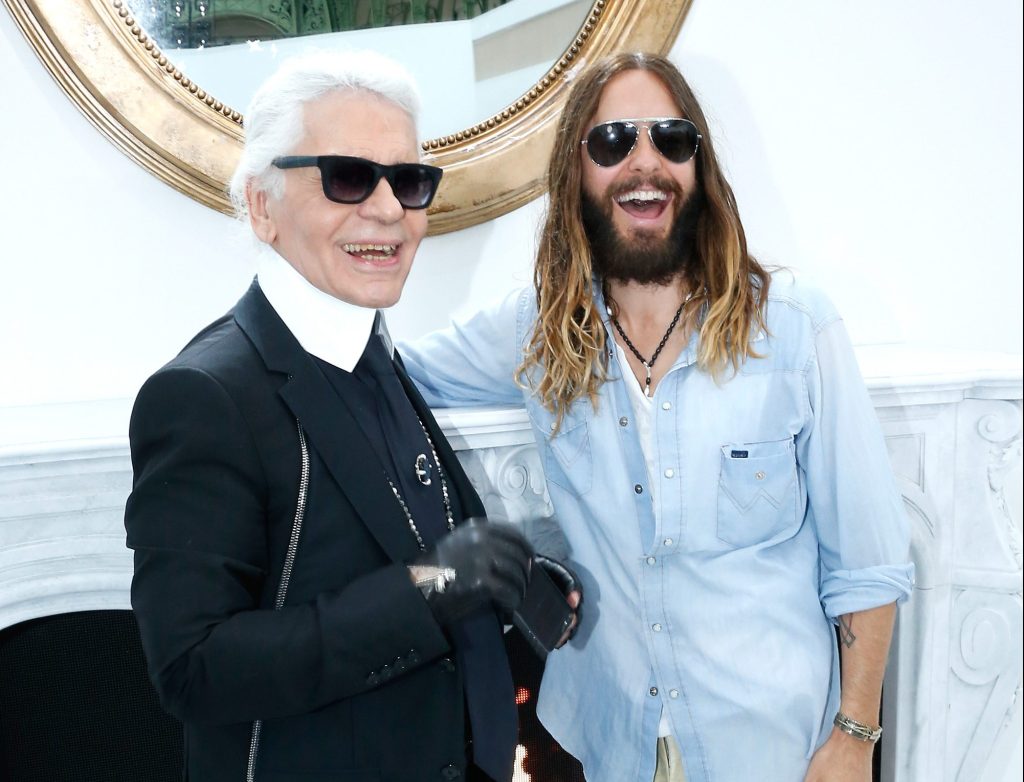 Jared Leto is set to star in film about the acclaimed fashion designer Karl Lagerfeld with Leto co-producing with Lagerfeld’s House of Karl Lagerfeld. Leto will produce alongside his partner, Emma Ludbrook, through their production company Paradox.

The late fashion icon’s trusted confidants, Pier Paolo Righi, Caroline Lebar, and Sébastien Jondeau, will partner as executive producers of the film. For over 35 years, Caroline Lebar worked closely with Lagerfeld as an advisor for both his brand and personal communications, while Pier Paolo Righi has served as CEO for Lagerfeld for over 10 years. Sebastien Jondeau spent 20 years as the designer’s personal assistant and bodyguard, and continues his collaboration with the brand today as a Style Consultant.

“Karl has always been an inspiration to me,” says Leto. “He was a true polymath, an artist, an innovator, a leader and, most importantly, a kind man. When we came together with the Karl Lagerfeld team, we immediately shared a creative vision of doing a respectful ode to Karl while pushing the artistic boundaries of what a biopic can be. I’m so grateful to Karo, Pier and Seb for allowing us to go on this journey together.”

The exact storyline remains confidential, though the film will cover the key relationships in Lagerfeld’s life, told through an unpredictable lens, much like the man himself. Producers are currently in conversation with filmmakers.

“Over the years, we have been approached by several Hollywood producers who suggested to partner on a movie about Karl’s iconic life,” says Righi, CEO of KARL LAGERFELD. “It has been only since we met Jared and Emma that we felt truly confident about the story being told in the artistic way Karl would have loved to see. Throughout our conversations, we have created an equally trustful and inspiring creative relationship that will allow us to work together very fluidly on this beautiful project.”

The famed fashion designer died in February 2019 and continues to be revered as one of the most fascinating and celebrated creatives of this century. More recently, this past Friday, September 30, Anna Wintor (Chief Content Officer & Global Editorial Director of Vogue) and The Metropolitan Museum of Art announced the theme of the 2023 Costume Institute Exhibition and Met Gala will be Karl Lagerfeld: A Line of Beauty. Dedicated to Karl Lagerfeld’s iconic work and six-decade career, the exhibition will explore his creative process, the evolution of his designs, and his everlasting impact on fashion.

Leto and Paradox are repped by WME.