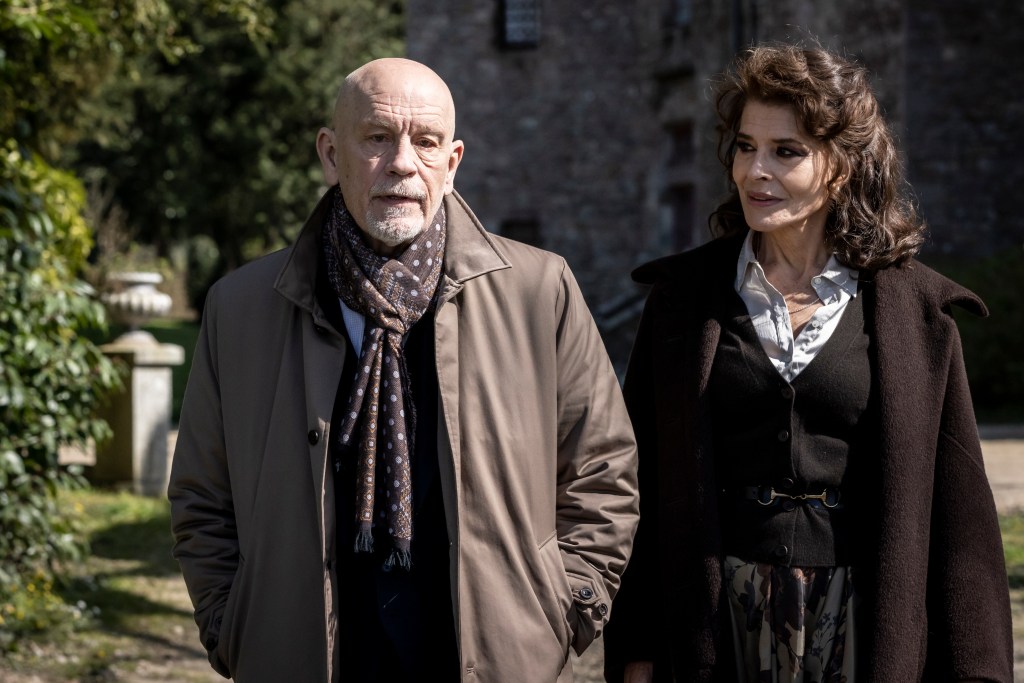 The comedy-drama is adapted from Legardinier’s 2012 best-selling French novel Complètement Cramé! which sold more than one million copies sold in France and was translated into 17 languages across 22 countries.

Malkovich stars as Andrew Blake, a recently widowed British businessman who takes a job as a butler in a faded manor house in northern France, close to where he and his late wife spent the early days of their romance.

The arrival of this very British guest will be a turning point for the eccentric lady of the manor, played by Ardant, and her exhausted staff, who have all lost their way.

At the same time as resetting his own life, Blake will spur them back to life, prompting them to start working together to restore the manor’s former beauty and revive their individual quests.

Malkovich and Ardant previously appeared on the big screen together in the 2015 period drama Casanova Variations.

“From the beginning, when France tv Distribution announced the project, we didn’t have any doubts that the film adaptation of this bestseller, could be one of the most important titles in our slate of titles,” said David Mitjans, Head of Acquisitions at Spain’s A Contracorriente Films.

“I am very happy to bring this Picture to the Italian theaters and to all the moviegoers who are always looking for authentic, emotional and uplifting theatrical stories,” commented Marco Colombo, CEO of Italy’s Adler Entertainment.

The feature is produced by Luxembourg’s Bidibul Productions and France’s Superprod.

“Mr Blake at your service! has all the right elements to be a great popular film: it’s based on a huge literary success translated in many languages, a feel-good comedy with crossover of generations and cultures, and interpreted by strong, glamorous cast on top of their games.”

Universal Pictures International France will theatrically release the film in France in late 2023.