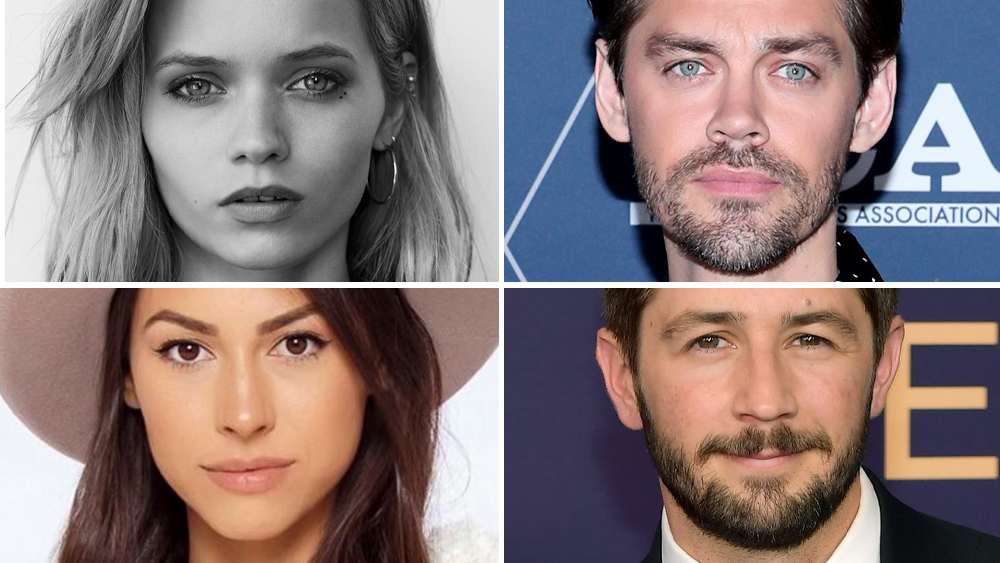 Horizon chronicles a multi-faceted 15-year span of pre-and post-Civil War expansion and settlement of the American west. Experienced through the eyes of many, the epic journey is fraught with peril and intrigue from the constant onslaught of natural elements, to the interactions with the indigenous peoples who lived on the land, and the determination and at many times ruthlessness of those who sought to settle it. It reps multi-Oscar winner Costner’s return to the Civil War setting since his 1990 epic Dances With Wolves.

Payne was most recently the lead of Fox’s TV series Prodigal Son opposite Michael Sheen and previously starred as “Jesus Monroe” on AMC’s TV The Walking Dead. Additional credits include HBO’s Luck from creators Michael Mann and David Milch and ITV’s Wuthering Heights miniseries opposite Tom Hardy. He is repped by UTA, Authentic Talent and Literary Management, and Curtis Brown.

Newcomer Wasé Chief is a member of the Lakota tribe and has spent the past several years working as a model with brands such as UGG, Kohls, Yeezy, Apple Music, Ulta Beauty, and Samsung. Chief is repped by Steven Salisbury at Revenant Entertainment and Derek Kroeger at Myman Greenspan Fox Rosenberg Mobasser Younger & Light.

Angarano will next be seen in Christopher Nolan’s Oppenheimer and recently starred in the Peacock series Angelyne with Emmy Rossum. Other recent credits include the HBO Max comedy series Minx and the hit NBC series This Is Us for which he received an Emmy nomination. Angarano is repped by UTA, Anonymous Content, and Jackoway Austen Tyerman Wertheimer Mandelbaum Morris Bernstein Trattner & Klein.

Macfadyen is known for his performances in Braveheart and Cameron Crowe’s We Bought A Zoo. He is repped by Kramer Management and in the UK by Alexandra McLean-Williams.

Costner will produce through his Territory Pictures, direct and star in the epic period saga which he co-wrote with Jon Baird. Warner Bros./New Line have partnered on the project.