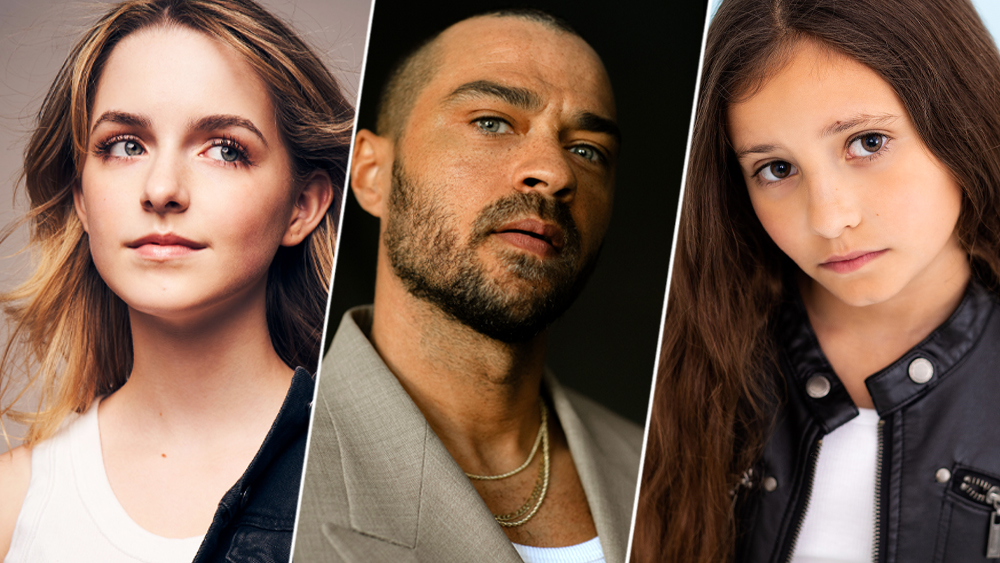 Grace stars as Spider and Regina as her sister, Jessie. Grace and Williams will also serve as executive producers.

The movie follows two scrappy sisters, who after discovering their mother has fatally overdosed, are terrified they’ll be separated by an overburdened foster care system. As such, they conceal the body. However, the local police chief, mom’s drug counselor, and her volatile ex-boyfriend get closer to uncovering the truth, and the girls must decide just how far they are willing to go to keep their secret buried.

Kay in addition to directing, wrote the script which he developed with Julia Keller.

Hungry Bull Productions led by Joseph Restaino (Pig) and Jeff Hoffman (Lansky) from Above The Clouds are producing and co-financing. Production is underway in Florida.

“I’m so grateful to be a part of this important story about addiction and how it affects not only the addict, but those around them. I was aware of how prevalent drug use and addiction was, but in doing this film, I’ve gained a deeper understanding of just how big of a problem it is. Many of our own cast and crew have shared their experiences and it’s heartbreaking. Doing this is more than just making a film, it’s creating and being a part of something that is bigger than ourselves,” said Grace.

“I am honored to join this incredible producing team and cast led by the words and direction of Dan Kay. Shining a light on the shared human conditions that lead to and from addiction, provides us an opportunity to examine our compassion for those impacted today as well as for those pathologized in our recent past.” said Williams.

“I’ve been interested in telling stories about addiction and the opioid epidemic for years because, like millions of Americans, I have seen firsthand how this insidious disease not only destroys the life of the addict but tears apart the fabric and foundation of the addict’s family. This damage – the collateral damage caused by addiction – compelled me to tell this heartbreaking but vital story about opioid orphans,” said Kay.

“Dan’s vision for Spider & Jessie is a true testament of his unique voice as a writer/director, and one that we can’t wait to introduce to audiences across the world. Having such an incredible cast attached, led by Mckenna Grace and Jojo Regina, speaks directly to the special nature of the story Dan has devised. At Hungry Bull Productions, our focus has always been to work with the best talent and bring forward meaningful stories, Spider & Jessie represents precisely that.  We are thrilled to be working with such great partners on this project in Above the Clouds as well,” said Restaino.

“When I first read Kay’s powerful script, I cried and laughed and was touched to my soul by these sisters in the story having to survive the loss of their mother to an opioid overdose. Watching this script come to life with such amazing performances, incredible locations and beautiful cinematography is nothing short of a miracle, and will greatly raise awareness of this tragic epidemic,” said Hoffman.

Grace received a Guest Actress Drama Series Emmy nom for The Handmaid’s Tale last year, making her the youngest-ever nominee ever in that category. She starred in Sony’s $204M-grossing hit Ghostbusters: Afterlife. On television, she is about to star in A Friend of the Family, a true-crime limited series, opposite Anna Paquin and Jake Lacy. Earlier this month Grace starred in The Bad Seed Returns for Lifetime, a feature which she also executive produced and co-wrote with her father.  Other notable film roles include starring opposite Viola Davis in Amazon’s feature Troop Zero and opposite Chris Evans and Octavia Spencer in Gifted, as well as the $1.1 billion grossing Captain Marvel as young Carol Danvers and the Oscar winning I, Tonya.

Williams earned a Tony Award nomination in his Broadway debut in the Tony Award winning revival of Take Me Out and will next be seen in Netflix’s Your Place or Mine with Reese Witherspoon as well as in his return to Broadway for the newly-extended run of Take Me Out.  He spent 12 seasons in his acclaimed role as Dr. Jackson Avery on ABC’s hit series Grey’s Anatomy and has appeared in TV and films including The Cabin in the Woods, Little Fires Everywhere, Brooklyn’s Finest and the Paramount action/comedy film Secret Headquarters, with Owen Wilson. Williams executive produced the 2021 Oscar winning short film Two Distant Strangers and served as both senior producer and correspondent alongside Norman Lear for their EPIX docuseries America Divided.  Williams is a partner and board member of the #1 scholarship app in the world, Scholly, which has matched students with over $100M. He is co-founder of both BLeBRiTY and Ebroji mobile apps and executive producer of Question Bridge: Black Males, a transmedia art installation in the Smithsonian National Museum of African American History and Culture’s permanent collection. He sits on the Board of Directors for both Advancement Project and Harry Belafonte’s arts and social justice organization, Sankofa.org.

Regina starred in this summer’s sleeper box office hit Where the Crawdads Sing.