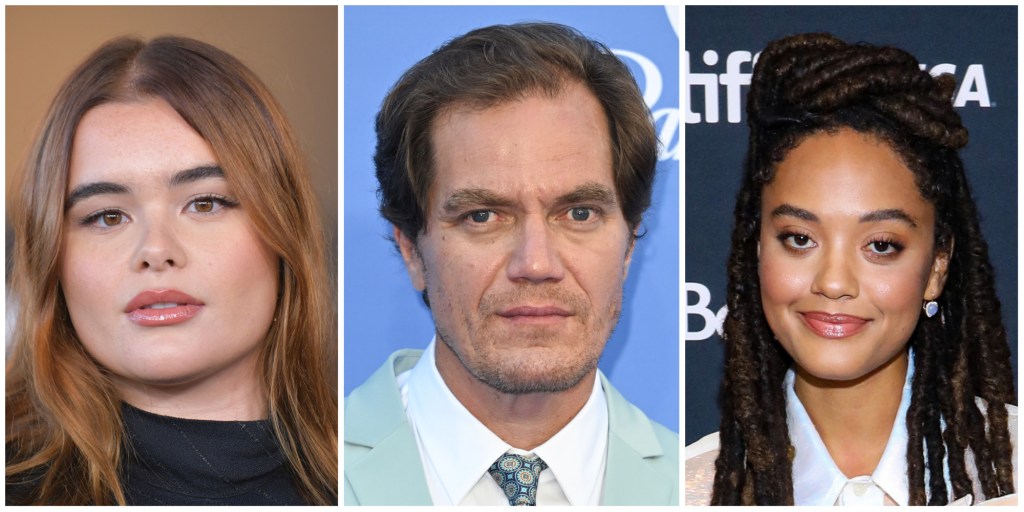 Set in the 1990s drag king scene of 1990s Las Vegas, the feature from Mister Smith Entertainment is the directorial debut of Larin Sullivan (Anatomy: Soul, The Young King).

It stars Clemons stars as Jules, an aspiring drag king who comes to Las Vegas to reconnect with her estranged dad Mick (Michael Shannon), a legendary gambler and part-time children’s party clown, and to make her debut performance in the U.S.’s biggest drag king revue. Mick is less than excited to see his daughter ‘Julia’ presenting as masculine, wearings uits and chasing after Ronnie (Barbie Ferreira), a no-nonsense dancer.

Sullivan wrote the script for the film, which Corporate Witchcraft’s Kim Bailey and Isabel Marden are producing alongside Clemons. Songwriter Justin Tranter, who has worked with Britney Spears, Lady Gaga and others, serves as Executive Music Producer and is creating original music for the film.

The project has received support from GLAAD, Sundance Institute, IFP’s Project Forum, Tribeca Film Institute, and Inside Out Toronto.

Mister Smith Entertainment’s CEO David Garrett stated: “We are delighted to present Larin’s fresh twist on a classic Vegas story by shining a light on the drag king scene, which has rarely, if ever, been explored on the big screen. Led by our stellar cast, this is an incredibly emotional father-daughter story that will resonate with buyers and audiences.

Shannon is next starring opposite Jessica Chastain in Paramount Network and Paramount+’s limited series, George & Tammy. He also recently wrapped his directorial debut, Eric LaRue and other upcoming projects include Jeff Nichols’ The Bikeriders, Václav Marhoul’s McCarthy, Michael Maren’s A Little White Lie, and the reprisal of his role in Drew and John Erick Dowdle’s American Tragedies: Waco – The Trials, a prequel to the series, and which Shannon also serves as Executive Producer.

Kiersey Clemons will is set to appear in upcoming DC film The Flash and the Amazon Studios film Somebody I Used to Know. She recently wrapped production in FilmNation drama The Young Wife is currently filming the Apple TV+ untitled live-action Godzilla and the Titans series based on Legendary’s Monsterverse franchise.