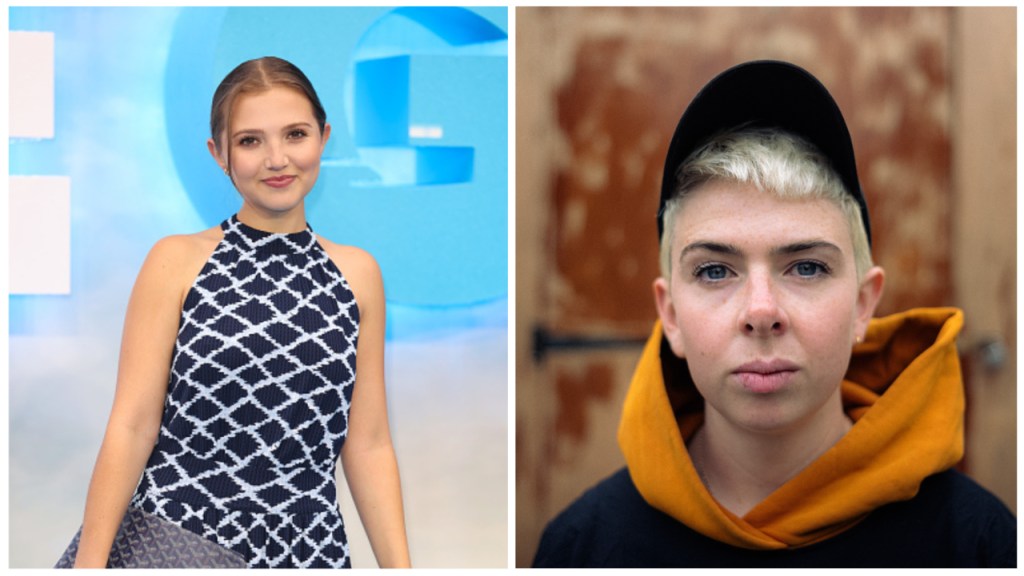 EXCLUSIVE: The Worst Person In The World and Portrait Of A Lady On Fire outfit MK2 has joined UK feature How To Have Sex, which is currently shooting in Greece.

Directed by emerging UK filmmaker Molly Manning Walker (pictured above right), How to Have Sex follows a group of teenage girls as they navigate early sexual encounters on a rite of passage clubbing holiday.

Film4 and the BFI developed the project and are financing the production, alongside Paris-based MK2 Films, which is handling international sales and will be teasing the project to buyers in coming months. Film4 retains TV and on-demand rights in the UK/Ireland.

Wild Swim Films’ Ivana MacKinnon and Emily Leo are producing alongside Heretic’s Konstantinos Kontrovrakis. Executive producers are Farhana Bhula and Ben Coren for Film4, Kristin Irving for the BFI, Giorgos Karnavas for Heretic, Nathanaël Karmitz and Fionnuala Jamison for mk2, and Phil Hunt and Compton Ross for Head Gear. Release is being lined up for 2023.

Molly Manning Walker cut her teeth as a DOP on a host of shorts and was recently DOP on BBC Film-backed feature Scrapper starring Harris Dickinson. Her first short as director, Good Thanks, You?, premiered at Cannes. She subsequently won the Next Step prize at Cannes for the How to Have Sex script.

“Molly Manning Walker is a major new talent, and we are thrilled to be working with her on her debut feature. Her witty, nuanced and ultimately devastating script perfectly encapsulates the intricacies of female friendship and teenage sexuality,” said MK2 Films’ managing director Fionnuala Jamison.

“We are so excited to be making this film with an incredible cast and crew, led by an immensely talented writer/ director with a unique and honest voice,” added Wild Swim Films.

Film4’s Farhana Bhula commented: “We are extremely proud to support Molly and producers Ivana and Emily on How To Have Sex. Molly is a very exciting new voice, and we can’t wait to see her combine an extraordinary visual sensibility with a story that is pulsating with vitality and urgency.”

Kristin Irving, Senior Production & Development Executive at the BFI Film Fund, said: “We were electrified by Molly’s bold and bright vision for this film and it’s a privilege to be supporting her and the extraordinary producers, cast and crew in making her debut that promises to be so alive, luminous, and vital.”

Manning Walker is represented by Patrick Child at Independent Talent.

Nazi Past Of Berlinale Founder Alfred Bauer Did Not Influence Festival Structure Under His Directorship, Concludes New Expanded Study