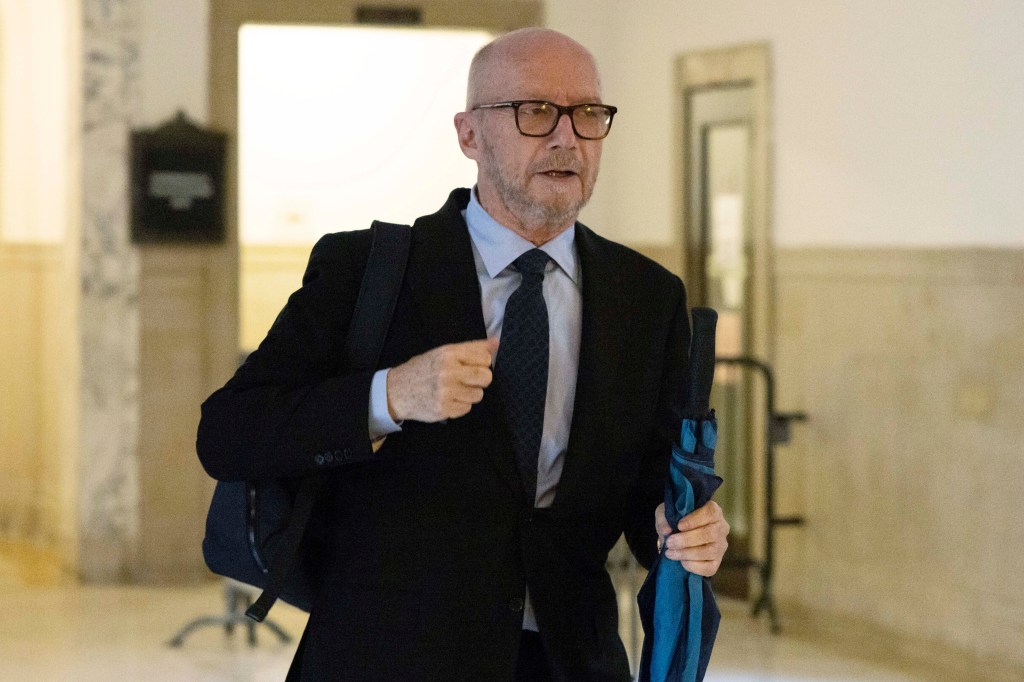 Haleigh Breest finished testifying Tuesday in her sexual assault civil trial against filmmaker Paul Haggis, and jurors began watching the video deposition of another Haggis accuser who has said she went to his office in Los Angeles in 2008 to discuss a possible book adaption and wound up fleeing the building when he suddenly tried to kiss her.

Breest spent nearly 10 hours total in the witness box over four days in an old Manhattan courtroom being cross-examined by a lawyer for Haggis, Priya Chaudhry. Today, Breest was again confronted with texts that didn’t characterize what allegedly happened between her and Haggis as rape, and she was asked why she never went to the police and never sought a sexual assault forensic examination, often referred to as a “rape kit.”

Breest is suing Haggis claiming he raped her in his apartment in Soho in 2013 after a movie screening party put on by Breest’s boss, which Haggis attended and where Breest was working as a freelance events publicist. Haggis has said the sex was consensual. Breest testified today that she feared police would mishandle a rape investigation, and she kept the tights she wore to work that night — the ones she said Mr. Haggis ripped from her legs — in a designer cloth bag in the back of a dresser until she filed the lawsuit.

“You understand that you could go to the police right now if you wanted to?” Chaudhry said, noting that New York recently removed the statute of limitations for rape.

“Are you worried that the police won’t believe you because of the text messages?” Chaudhry asked.

“But instead you’re going to ask this jury to give you Mr. Haggis’s money?”

On Monday, Chaudhry showed jurors texts by Breest to a friend the day after she was at Haggis’ apartment referencing The First Wives Club, the 1996 movie comedy about a group of jilted spouses getting revenge on their ex-husbands in part by bankrupting them. “I just want to get even and not be the victim,” she wrote, adding, “As they said in first wives club Don’t get mad get everything.”

On Tuesday, Chaudhry raised another piece of ’90s pop culture referenced in the texts: the song “Stupid Girl” by the rock band Garbage, whose “stupid girl” refrain Breest said she had in her head after her experience with Haggis. Chaudhry read aloud some of the lyrics including, “All you had you wasted,” “I can’t believe you fake it,” and “You pretend you’re high/Pretend you’re bored/Pretend you’re anything/Just to be adored.”

“That’s the song you wanted to play over and over after leaving Mr. Haggis’ apartment?” she asked. Breest emphasized that she just meant the refrain.

In a last brief round of friendly questioning, a Breest lawyer, Zoe Salzman, pulled the long black Sandro dress Breest wore that night out of a plastic zippered bag and held it up on a hangar in view of jurors. “Did the dress rip when Mr. Haggis pulled it off of you?” Salzman asked. “No,” Breest replied.

Breest said that filing a civil case gave her “a sense of control in the process” — which she didn’t believe she would have with a police-led criminal investigation — to counteract “the loss of control of my own body” she said she experienced in being raped.

“Because Mr. Haggis should be held accountable for the harm he caused me,” she said.

Over objections from Haggis’ lawyers, Breest’s lawyers called a friend, Lola Miller, who testified that at a dinner in September 2013, Breest told her she had been raped by Haggis. Haggis’ lawyers said the time lag — eight months — was too great to qualify Miller as a so-called “outcry witness” who provides a contemporaneous account of the accuser’s claim. The judge, Sabrina Kraus, said they should have objected to Miller testifying before the trial.

Miller said Breest told her Haggis had “overpowered her,” and she recalled Breest telling her that “her tights were ripped.” A defense lawyer, Seth Zuckerman, returned to that point on cross-examination, since it appeared to contradict Breest’s own testimony that the tights were pulled off violently but didn’t rip.

In a follow-up email that month, Breest wrote, “What happened wasnt ok but it happened. It was somewhat traumatic at the time but I’m well past that thankfully!” Miller wrote back that she was “Always here for you,” she testified, “Because I didn’t believe she was okay.”

Before lunch, jurors began hearing the video testimony of the second Jane Doe called by Breest’s lawyers with an account of an attempt by Haggis to initiate sex. Jane Doe #2, who gave her deposition in 2019, said she met Haggis in 2007 at the Toronto Film Festival which she was covering for Canadian television news. After interviewing Haggis, she hoped to interest him in adapting a favorite Canadian novel of hers for film or television. They met again in April 2008 in Los Angeles to discuss the project — the first time at a cafe in Santa Monica where Jane Doe #2 also met Haggis’ wife and his producing partner.

The next meeting to discuss adapting the book took place the following night at his office in Los Angeles. The woman testified that when she first arrived for the 9 p.m. meeting, the office was still bustling, but later, after she was led to a seating area where she saw there was wine, the lights dimmed and the building emptied out, and once the meeting started, “Very quickly I could tell Mr. Haggis wanted to have a more personal conversation.”

“He wanted to talk about his relationship with his wife,” she said.

James Cameron Takes Aim At Marvel, DC Characters: “They All Act Like They’re In College”

‘Kingdom Of The Planet Of The Apes’ Adds Five