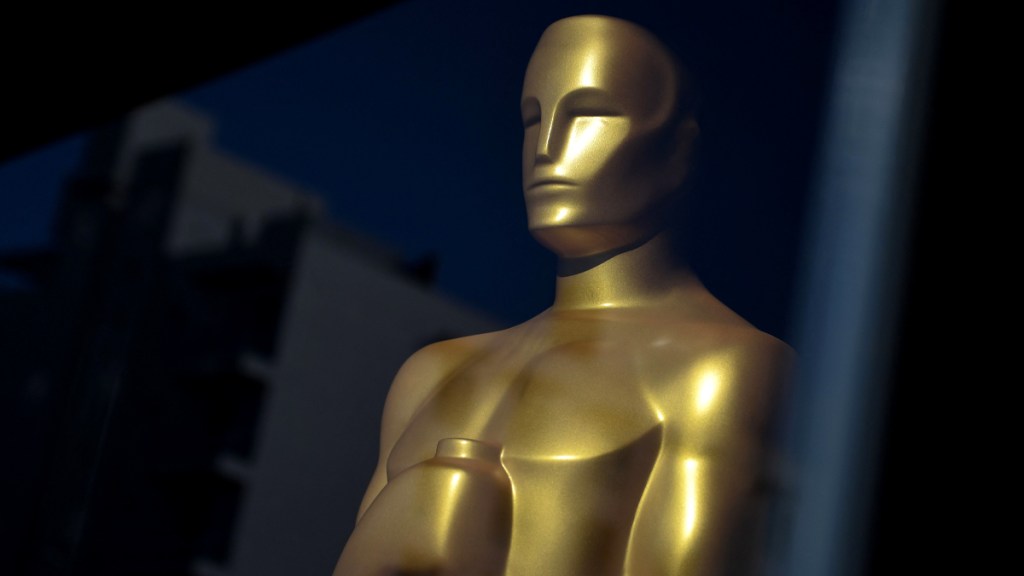 Cynics have tabbed them “The Doomsday Summits.” To believers, however, their mission is to re-energize the Oscars at a moment when award shows in general are in massive retreat.

“The show should represent an exciting battlefield where forces in our culture collide,” suggests a new book titled Oscar Wars: Gold, Sweat and Tears.

While the recent “collisions” have been studies in chaos, the ongoing meetings among the Academy of Motion Picture Arts and Sciences leaders, Oscar show producers and ABC/Disney continue to search for the keys to a renaissance. Or at least to survival. Bill Kramer, the new Academy CEO, regards himself as a consensus builder, not a collision builder.

By studying the traumas of the past, what can they learn about re-shaping the present? Viewership has been plummeting in recent years and telecast revenues (guesses put them at $120 million) are key to the survival of the Academy — its awards revenue dipped around 10.8% last year alone.

The portents are cloudy. Many of this year’s nominees were created as streamers even as theaters around the U.S. close their box offices (scores of Regals announced their obits this week alone).

Mary Pickford, the golden-curled actress and mogul, would understand the angst. Bullied into chairing the first Oscar banquet in May 1927 she fumbled her lines, mindful that her industry was under attack as a Gomorrah of crooks and addicts.

Plus she’d just had to explain to Douglas Fairbanks, her husband and partner in United Artists, that his high-pitched falsetto would undermine his future in the brave new world of sound.

The New Yorker writer savors dramatic moments like “the plot against Citizen Kane” in the 1940s; the blacklisting injustices of the ‘50s; the rude emergence of the counterculture in the ‘70s; Allan Carr’s campy disaster in the ’80; the rise and fall of Harvey Weinstein in the ‘90s; and, finally, the more recent “oops moments” of the wrong envelope (La La Land) and the Will Smith slap.

And this year’s March 12 collision? Will a Tom Cruise fly-by be allowed to disrupt the tacit bias against popular cinema and even create a Titanic-like sweep? If not, what will be this year’s Moonlight or Birdman – films of merit that remain invisible to ticket buyers.

As a studious Oscar observer, Schulman loves the built-in mini-dramas, but doesn’t, in my view, always get them right. He attributes a variety of sinister forces to the “snub” of Citizen Kane in 1941, from the dominance of the Hearst press and its gossip columnists (Hedda Hopper) to the short-lived voting clout of film extras.

In his zeal, however, Schulman overlooks the emotional impact of movies like How Green Was My Valley (which won) or even Sergeant York. He also ignores Orson Welles’ arrogant presence on the interview circuit. The surprise victory of CODA last year again reminded voters that emotion would conquer intellect in the quietude of the cinema.

To Schulman, the Shakespeare in Love upset of Saving Private Ryan in 1999 dramatized Weinstein’s talent at bullying and “buying” Academy votes, thus eroding the power of “the Hollywood club.” This ignores the fact that Miramax was riding a hot streak (Pulp Fiction, Life is Beautiful, The English Patient) while that club of entrenched studios seemed to have tuned out.

Academy members now total over 10,000, representing a push to enhance inclusion and overseas influence. Voting patterns, however, reflect trends similar to those of its original narrow membership.

Given these realities, can the Oscar show be effectively transformed? Or should it be?

Debates on the subject often grow emotional. Academy branch members are understandingly alarmed if their contributions are being minimized. The self-protectiveness and media paranoia of celebrities have diminished their contributions to the kudos derbies.

No one is more aware of these phenomena than Kramer, who will attempt to impose discipline on the ongoing debates. The show must go on, with the chaos hopefully diminished.

I wish Mary Pickford were still on hand to give me her personal play-by-play.