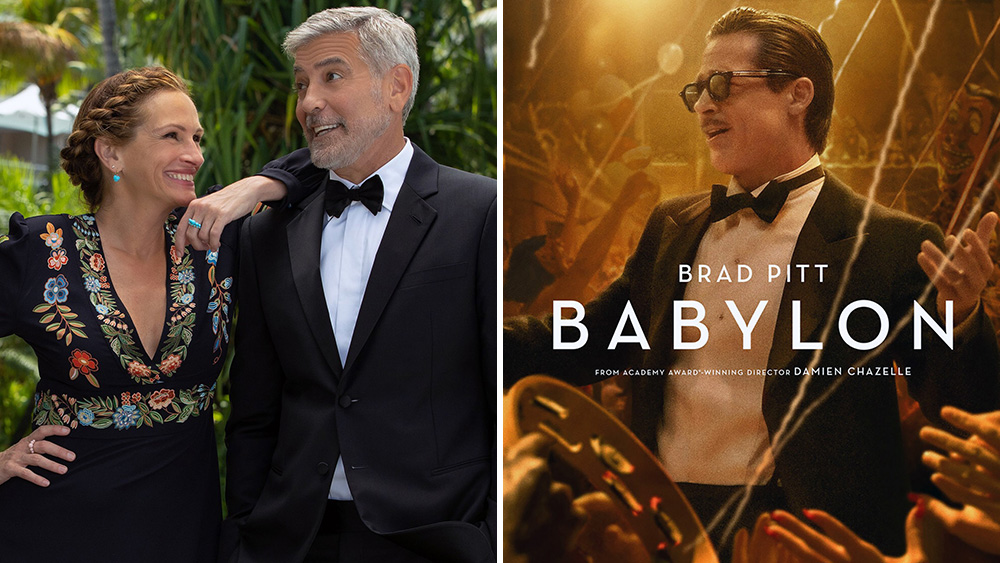 He spoke in a raspy monotone that was at once commanding, yet menacing. Howard Strickling officially was the public relations boss of MGM during its heyday, but his real responsibility, he would explain, was protection more than publicity.

Strickling’s mission was to nurture the roster of stars under studio contract. If he were around today he might even have a few things to say to Brad Pitt or George Clooney.

He’d likely be wary, for example, about Pitt’s decision to play silent star John Gilbert in the forthcoming period movie Babylon. Gilbert’s career ended abruptly in the 1920s due to his stormy personal relationships with other stars, so Strickling would counsel Pitt to avoid references to his litigation with ex-wife Angelina Jolie.

Gilbert experienced well-publicized conflicts with his volatile co-star and fiancée Greta Garbo. Louis B. Mayer opposed the wedding and, in one lethal moment, Gilbert shoved the MGM czar against a wall, causing him to lose his glasses and shout, “I’ll destroy you.”

Strickling therefore would likely be warning reporters to avoid personal questions to Pitt who, unlike Gilbert, is normally tactful and congenial in his media encounters. He also has a strong speaking voice in contrast to Gilbert’s falsetto, which hurt his career in the brave new world of talkies.

Strickling had the studio muscle to change casting decisions and re-invent the histories of actors like Tab Hunter or Guy Madison (Gilbert originally was named Cecil Pringle.)

Damien Chazelle, Babylon’s director (he also shot La La Land) carefully studied that moment of the 1920s when star careers were disrupted by the introduction of sound. He believes Hollywood faces a similarly transformative moment today as streamers supplant theatrical exhibition, depriving stars of their red-carpet openings and festival exposure.

Clooney, a student of Hollywood history, has smartly moved between streamers, like The Midnight Sky, and theatrical films, such as Ticket to Paradise. His new movie is performing well worldwide (approaching $100 million) and defying critics’ dire forecasts by winning over U.S. ticket buyers.

Still, Strickling might have proposed a platform release for Ticket to Paradise, and urged its director to provide a more visually romantic and protective setting for his Ticket stars. Clooney, at 61, and Julia Roberts 57, seem to blanch in the harsh sunlight of Bali.

By contrast, Cary Grant, at age 61, was cast opposite Audrey Hepburn in the sophisticated, elegantly lit suspense comedy titled Charade in 1963. Its setting was Paris – no glare from the sun.

Still, the Clooney-Roberts team won affectionate praise from older audiences as well as from the media. The New York Times suggested that “Clooney and Roberts have quietly become the Spencer Tracy and Katherine Hepburn of our time.”

Tracy was 67 and Hepburn 60 when they last appeared together in Guess Who’s Coming to Dinner in 1967, and by that time both were ailing and their exchanges were barbed. Both also detested the media – reporters were barred from the set.

I got to know Strickling in his later years (he died in 1982) and enjoying coaxing gossip from him, which wasn’t easy. He worked with a thuggish ex-bouncer named Eddie Mannix in shielding the bad behavior of heavy-drinking stars who also dallied in opium and “morphine,” as it was then called.

There are no studio enforcers like Strickling in today’s Hollywood, but stars like Will Smith or Johnny Depp would likely have coveted their support. Strickling could make police reports disappear and magically alter the content of column items.

He would have greatly admired stars like Tom Cruise and Leonardo DiCaprio who have demonstrated a talent for sustaining their long careers during a time of change.

In return, those stars would have appreciated Strickling’s talents. “Stars didn’t like me but they needed me,” Strickling once confided to me. “It was more important to me to be needed.”