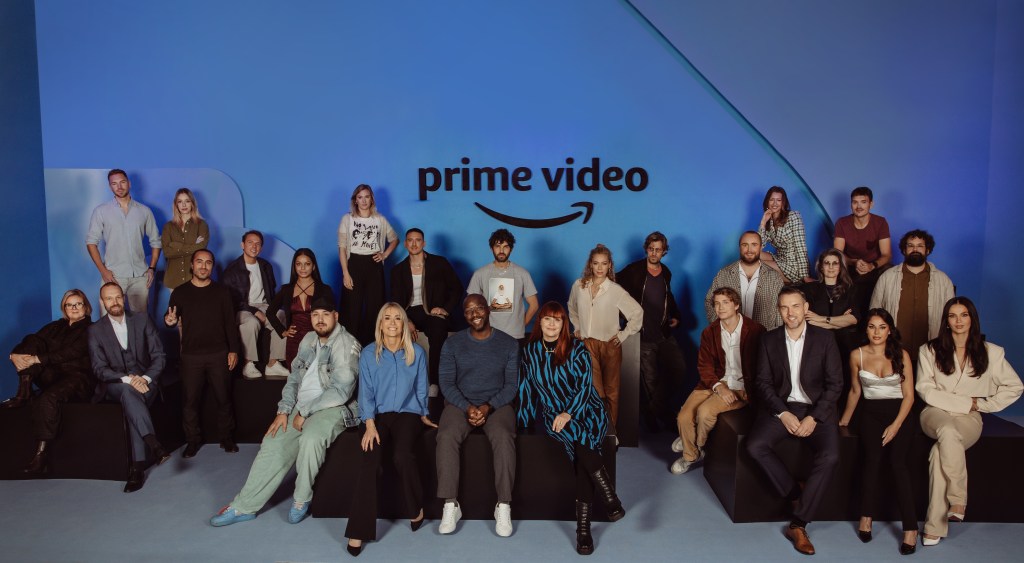 EXCLUSIVE: Prime Video Nordics is pushing heavily into the Scandinavian unscripted originals market, unveiling a handful of reality shows at a splashy event in Sweden today. The streamer has also struck a multi-territory movie output deal with Nordisk Film for the likes of John Wick: Chapter 4 and The Hunger Games prequel, we can reveal.

Last week, Amazon Studios execs were out in force at Mipcom striking deals and today at a star-studded Prime Video Presents event in Stockholm’s Hotel At Six, where it revealed a Swedish version of Prime Video reality format LOL: Last One Standing, along with Norwegian, Danish, Swedish and Finnish versions of new commissions Pranked, Good Luck Guys and Sweathearts. This brings its local originals slate to a total of 18, including the previously announced competition series The Bridge and scripted comedy series Toppen.

The Swedish version of Japanese format LOL, in which 10 comedians compete to keep a straight face while trying to make their competitors laugh, will be presented by actress and TV host Eva Röse, with a grand prize of 500,000 SEK ($470,000) going to the winner’s charity of choice. Swedish entertainers Robert Gustafsson, Per Andersson and Anders ‘Ankan’ Johansson and Özz Nûjen are among the contestants, with Banijay’s Swedish arm Jarowskij producing ahead of a December 28 in the Nordics.

International versions of the show have rolled out on Amazon in numerous territories, including Nigeria, where it was part of a slate unveiled in August.

Hidden-camera format joke Pranked will see a celebrity host, who transforms into unrecognizable characters and creates odd situations to prank well known friends and the general public. ITV Studios is the producer and will launch four local versions launch on December 16 in Sweden, Denmark, Norway and Finland. The host of the Swedish version, Danny Saucedo, has also been unveiled as a brand ambassador for Prime Video Sweden.

Sweathearts sees one ‘super-dater’ set up with three singles in a sauna. Hosted by media personalities, each episode involves three rounds of dating, which will include question cards challenges and physical tasks, with each round building tension and getting hotter. The dater then chooses who to keep, and the chosen single must decide whether to stay or go. The four versions launch on December 26 on Prime Video, with four Fremantle companies attached: Baluba producing in Sweden, Monster in Norway, Strong Productions in Denmark and Moskito in Finland.

Good Luck Guys follows six influencer couples who, according to Amazon, “set out on a frantic adventure in rural Thailand, looking for fortune and riches and fueled by a burning wish to discover their inner hero.” Banijay Nordic companies are producing the four versions, which will launch on January 20 and are based on a French format from Banijay Productions. Meter Television is handling the Swedish version, Mastiff is producing in Norway and Denmark and Banijay has it in Finland. The show’s presenter, Kodjo Akolor, also hosted Prime Video’s event today.

“We have turned to trusted producers where we know we get excellent quality in all four countries,” Prime Video Head of Nordic Originals Karin Lindström told Deadline.

“With a growing number of Nordic Originals and the entire Nordisk Film slate announced today, it demonstrates our commitment to the Nordics in the long term,” said Martin Backlund, head of UK and Nordics content at Prime Video. “We’re striving to offer Prime Video customers a great selection of content across our global Amazon Original series and movies, the newest movie releases, and now, locally produced and acquired content, showing our investment in the Nordics.”

At the Prime Video Presents event today, Lindström, and Head of Nordic Content Andreas Hjertø unveiled first looks at the local versions of Banijay-produced reality series The Bridge, which was originally created in Spain and has been remade in the U.S. for HBO Max, and the Sara Haag-directed Toppen, which stars Sissela Benn, Klara Hodell, and Robert Gustafsson and follows the fictional leftist Department of Welfare, which is campaigning during the Swedish election. FLX is producing and the show will launch on December 2. The Bridge debuts on November 4.