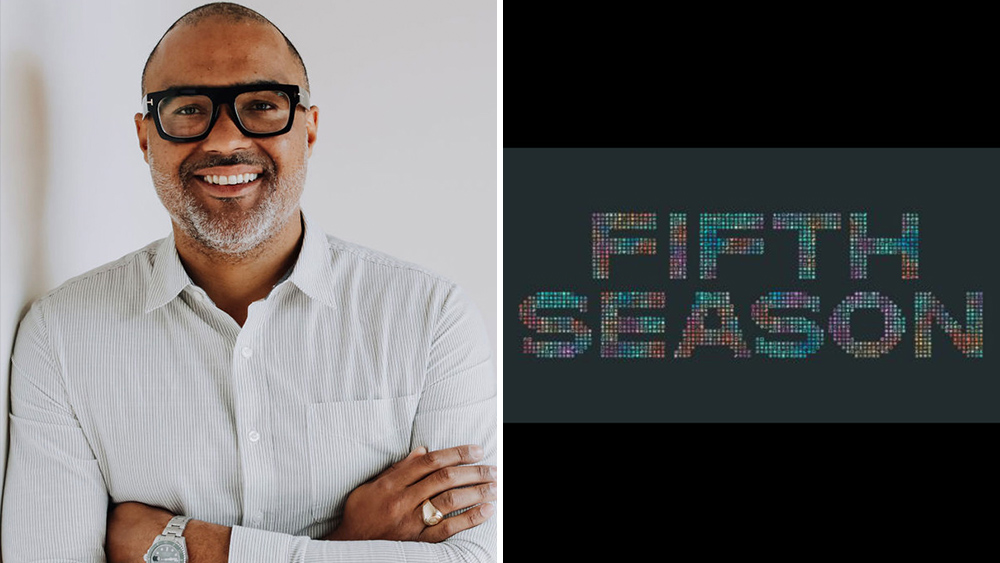 Producer Matt Jackson and his production company Jackson Pictures have signed a multi-year first look deal with Fifth Season — the global film and TV studio previously known as Endeavor Content, which has been behind such decorated titles as Apple TV+’s Emmy-winning series Severance and Maggie Gyllenhaal’s Oscar-nominated Netflix drama The Lost Daughter.

Under the deal, Jackson and Jackson Pictures’ SVP Joanne Lee will collaborate across the studio’s film, television and documentary divisions to develop premium content for all platforms.

Jackson Pictures will next produce Spike Lee’s musical based on the breakthrough Pfizer drug Viagra. The company is also developing a feature adaptation of Leyna Krow’s short story “The Sundance Kid Might Have Some Regrets” with Zoë Kravitz at Warner Bros., and will produce the upcoming Skydance series Ring Shout, based on the award-winning novella of the same name by P. Djeli Clark, with Kasi Lemmons at the helm and Kiki Layne starring.

News of Jackson Pictures’ partnership with Fifth Season comes with Jackson still in post on I Wanna Dance with Somebody, Kasi Lemmons’ Whitney Houston biopic starring Naomie Ackie for TriStar, which is slated for release on December 21.

“As an admirer of FIFTH SEASON, I am thrilled to partner and deepen our relationship with the entire team,” said Jackson. “Jackson Pictures is committed to support all artistry and deliver inspiring story-telling with a global reach. We’re grateful for the opportunity to entertain in all forms and contribute to culture with the backing of a premium brand in FIFTH SEASON.”

“Matt is a prolific producer with a keen eye for identifying compelling stories that are commercial and substantive from a wide, diverse spectrum of storytellers,” added Fifth Season’s Film Group EVP Alexis Garcia and President of TV Development and Production, Joe Hipps. “We look forward to collaborating with Jackson Pictures to create compelling and inspiring films and series for audiences around the globe.”

Jackson has produced over 15 films — most recently backing Amazon Studios’ newly released spy thriller All the Old Knives and Aaron Sorkin’s The Trial of the Chicago 7, which was nominated for six Academy Awards in 2021. Other notable credits include Sorkin’s Oscar-nominated directorial debut Molly’s Game, David Ayer’s End of Watch and the film Southside with You, which chronicled former POTUS Barack Obama’s courting of former First Lady Michelle Obama.

Jackson founded Jackson Pictures in 2018, after holding executive roles at The Mark Gordon Company and IM Global, tapping Lee to head up development and production at that time. The producer is a member of both the PGA and the Academy of Motion Picture Arts & Sciences.

Rebranding as Fifth Season in September, the company once known as Endeavor Content has also produced titles including Michael Bay’s Ambulance, Destin Daniel Cretton’s Just Mercy, the Book Club franchise, and recent Sundance Film Festival Audience Award winner Cha Cha Real Smooth. In addition to Severance, it’s produced series including See and Truth Be Told for Apple TV+, Wolf Like Me for Peacock, Life & Beth, Nine Perfect Strangers and McCartney 3, 2, 1 for Hulu, Tokyo Vice for HBO Max, and Scenes from a Marriage for HBO. Fifth Season notably handles global distribution for dozens of hit series in addition to its own studio productions, including Killing Eve, The Morning Show, Normal People and The Night Manager.

Jackson Pictures is represented by CAA and attorney Neil Sacker, who negotiated the deal with Fifth Season on behalf of the company.

Lily James Joins Sean Durkin‘s ’The Iron Claw’ For A24