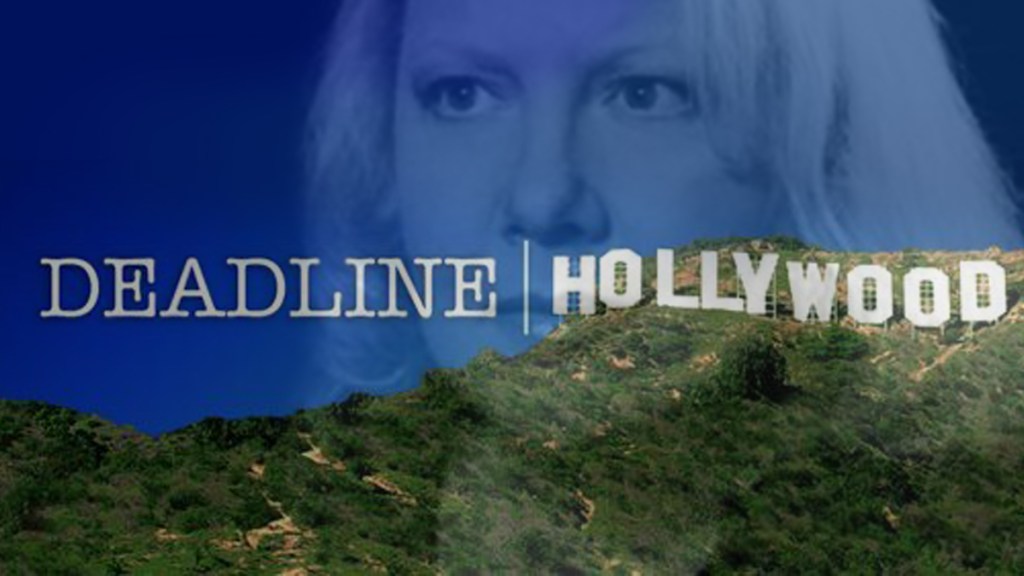 As Hurricane Ian roared through Florida last week, I was thinking of Nikki Finke, who had moved to the state four years ago but now was living under hospice care in Boca Raton, the result of a long and involved illness that finally took her life in the early hours of Sunday at the age of 68.

Finke founded Deadline in 2006 and eventually watched it build powerful, gale-force winds as it took on Variety and The Hollywood Reporter, 100-year-old institutions, and leveled the playing field among the entertainment trades changing forever the way Hollywood would be covered in the new digital age. Yes, Hurricane Nikki did it, forcing Variety and THR online to Deadline turf and reducing their daily print editions to weekly magazines. Now ironically they are all run by Penske Media, which first bought Deadline in June 2009. Could we ever have imagined such a scenario just a little over a decade ago? It is almost like she was Joe Hardy in Damn Yankees, making a deal with the devil for one memorable and improbable winning baseball season.

I guess some people actually thought she was the devil, but it is remarkable to think she was able to do this in such a comparatively short amount of time, fearlessly taking on the town, its “moguls” as she liked to call them, and telling the truth of a business that liked to carefully control its own narrative in a PR game she was having none of. As you have read in the many obits about her today she was feared, no doubt about that, and not someone who could be manipulated. She certainly suffered no fools, but because of a previous career as a hardened journalist working for AP and others she took the rules of that road and applied it to covering a business that wasn’t quite used to being under the microscope 24/7, but never resorting to rumors or gossip. That was her mantra, and I love the fact she once said she was willing to sue the next person who called her a “gossip columnist.” Not even close. She created the template for today’s entertainment journalism, one that now has a lot of imitators starting their own blogs and newsletters, but none of them quite igniting fires like Nikki could.

She started Deadline Hollywood Daily, its original name, as a quicker way to break news than in her then weekly newspaper column, buying the URL DeadlineHollywoodDaily.com for $14, but not intending to be a disruptor or internet journalist. It just kinda worked out that way.

As she wrote in our 10th anniversary Deadline Disruptors magazine in 2016 (her final piece for Deadline): “Back then, the trades were slow to embrace the idea that trees no longer had to die for a media outlet to be influential. ‘The trades were polite and objective, but you realized it was far more interesting to tell stories through your own perspective,’ (Deadline co-editor in chief) Mike Fleming reminds me. ‘I always used to tell people you were like a duck that walked around on land and then somebody knocked you into the water and suddenly it was like, damn, look at how that duck swims!’ ”

I love that line. Finke was indeed a duck that took to the water of the internet in a way we hadn’t seen up to that point, at least in Hollywood. But in some ways she was also a throwback to the Walter Winchell era with all those pet phrases, UPDATE, EXCLUSIVE, R.I.P. for obits, and of course TOLDJA! It was all so exclusively Nikki. It even led to Oscar winner Bill Condon among others creating an unauthorized HBO pilot, Tilda, starring Diane Keaton as a thinly veiled version of Finke. It didn’t sell though because having seen it (I still have a copy Nikki gave me) it was impossible to capture her in a way that would be as compelling as just reading the real thing.

She also had an air of mystery about her which is always good for a Hollywood career, but she consistently denied she was a recluse, instead chalking it up to her insane work ethic. Still the fact is I worked directly with her for four years before she left and only once did I ever meet her in person, and that was in her final year at Deadline. She invited me and my wife Madelyn to her apartment on Doheny Drive for dinner (delivered by The Ivy). To my mind this was akin to meeting Garbo. I cannot describe how nervous I was about the prospect, but after some very awkward moments, what I really discovered was she was as big a fan of classic movies as I was. Nobody loved Bette Davis or Barbara Stanwyck, even Garbo more. Who knew?

That would be the only time I ever saw Nikki Finke, but we have kept in touch over the years since, and for Madelyn much more often than that, friends to the end. Yes it wasn’t always smooth, and yes she could sometimes be ulcer-inducing, but what an opportunity she gave me, and that Jay Penske continues to give me, up to this moment. We are very sad today, but it should be comforting to know that she faced death the exact same way she lived her life — on her terms and that of no one else.

Last week as that hurricane was hitting Florida I dropped her an email to see if she was okay, but also knowing she was nearing the end. I didn’t hear back but I am hoping someone might have read it to her. I wanted to thank her for always keeping a promise she once made to me when finally — after an August of endless back and forth — I signed on to leave the LA Times for the then not-so-sure-thing of Deadline as its awards columnist. She promised me I would not have to be her, I could still be me and independent, and more importantly she swore that my stuff would actually be read if I came to Deadline.

Here is an example of the power of what Nikki Finke had wrought: My first assignment was covering the 2010 Telluride Film Festival and my first article was about Darren Aronofsky’s Black Swan, which had just premiered there. Right after it posted I had to run to another screening, but in hitting the street I also ran smack into Aronofsky who thanked me. I said, “For what?” And he said “That article on Black Swan in Deadline.” I couldn’t believe it. Twenty minutes could not have passed since its posting. Nikki was right. People actually read Deadline, and almost urgently as I discovered. At the LA Times I often felt like I was in the witness-relocation program. I never got that kind of instant reaction, and it has been that way at Deadline even now into my 13th year.

Although Deadline has grown in size of staff since its earlier days, it might say something about Nikki Finke that the core group she brought in, with the help of Penske, is still the core group today all these years later. That in itself is a tribute to its founder and the game-changing idea she had that moved mountains.