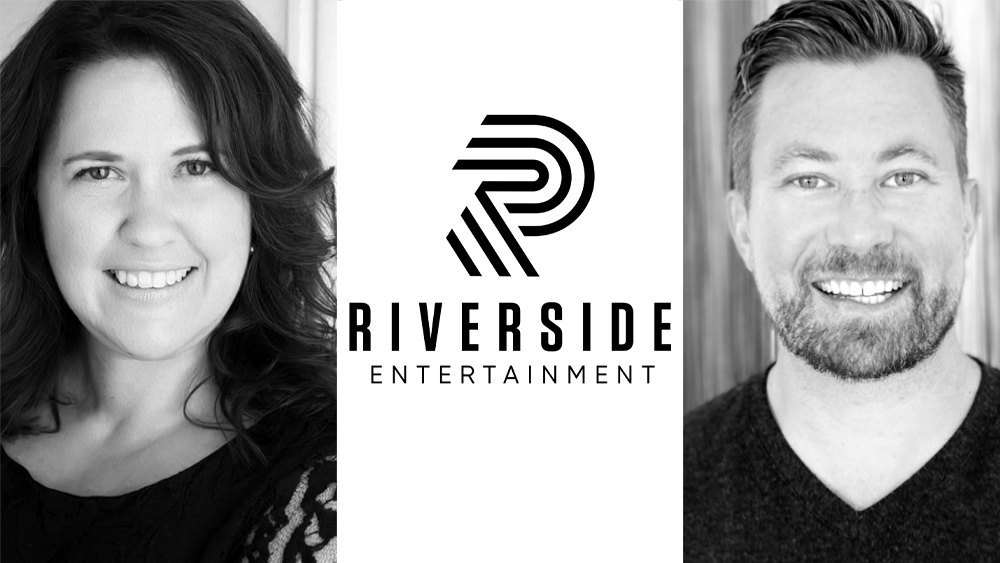 EXCLUSIVE: The award-winning production company and creative studio Riverside Entertainment has appointed Cynthia Graner as Head of Production and Brendon Nelson as Managing Director, as part of its continued expansion into scripted, unscripted and commercial content.

In her new role, Graner will be responsible for management and oversight of Riverside’s physical production across all business lines. As Managing Director, Nelson will be responsible for defining and executing the company’s business strategy, with particular focus on client engagement, personnel retention and recruitment, vendor relations and best practices across all business lines.

Past and current projects from Riverside include feature music docs Bluebird and Midland: The Sonic Ranch and football doc First Down, as well as such series as Magnolia Network’s Making Modern with Brooke and Brice, ABC’s On the Record and Disney+’s Disney Insider. The studio recently announced its first feature Manodrome, starring Jesse Eisenberg and Adrien Brody, which is slated for an early 2023 release. Its newest additions will both be based in Los Angeles, reporting to Managing Partners Jeff Molyneaux, Brian Loschiavo and Pastor Alvarado III.

The film currently in production in Minnesota tells the story of Jane (Coughlan), a married actress and mother of two on the wrong side of 40, who lives an L.A. life that’s ‘dream adjacent.’ When she returns to visit her charming but ailing dad (Bridges) in her suburban Minnesota hometown, Jane struggles to reconcile her imagined future with her current reality — and finds peace with the in-between. Coughlan scripted the pic, which is being produced by Conroy Kanter, Stephen Wallack, Bianca Goodloe and Louise Spinner.

In I Am DB Cooper, which Regan directed from his script, two bounty hunter brothers encounter an ailing old man named Rodney Bonnifield while coordinating his bail after a violent encounter on a dairy farm involving a machete. Close to his sentencing, he reveals to the bondsmen not only was he responsible for the notorious DB Cooper plane hijacking, but the ransom cash is still buried and he needs their help digging it up. Up against the clock with Rodney’s prison sentence looming, the group sets out on a modern-day treasure hunt to recover the money he buried on the Columbia River 50 years ago, uncovering bizarre truths about Rodney Bonnifield and his connection to the only unsolved plane hijacking in U.S. history.

World premiering under the title Spaz at SXSW 2022, Jurassic Punk tells the story of Steve Williams, a little-known pioneer in computer animation, and events surrounding the historical moment when his digital dinosaurs walked onto the silver screen in Jurassic Park. Steve and a chorus of expert witnesses recount a dramatic tale of rebellion and revolution at Lucasfilm’s Industrial Light & Magic in the early 1990s — a time when creating realistic creatures with a computer was considered impossible. Though Williams’ groundbreaking work transformed Hollywood, his appetite for anarchy and reckless disregard for authority may have cost him the recognition he deserved.

Jurassic Punk most recently screened this past weekend at the Newport Beach Film Festival. Gravitas Ventures’ Senior Director of Acquisitions Bill Guentzler negotiated the deal for I Am DB Cooper with UTA, negotiating the Jurassic Punk deal with Submarine Entertainment’s Joe Tufano on behalf of the filmmakers.

EXCLUSIVE: Edward Furlong (American History X) and Dee Wallace (The Howling) have been tapped to star in the horror-thriller The Forest Hills, written and directed by Scott Goldberg.

The film which went into production late last month follows a disturbed man who is tormented by nightmarish visions, after enduring head trauma while camping in the Catskill Mountains. Furlong plays head trauma group member Billy, who befriends Rico (Chiko Mendez), a man who is both mentally and emotionally disturbed. Wallace will play Angela, who is stuck in the middle of the horror that is to unfold.

Scott Hansen is producing The Forest Hills alongside Digital Thunderdome. Furlong is repped by Industry Entertainment; Wallace by AEFH.

The film taking place between the U.S. and Mexico picks up with ex-Marine Chris Montano (Iván) after his wife goes missing during a business trip. The family man with a dangerous past then finds himself in a race against time to save her life. But as the truth unravels, Chris realizes there’s more on the line than just his wife’s life…Whoever took her also has his daughter. Madsen will portray the unscrupulous Agent Dules of the FBI, with Wolf as Chris’ wife, Sara.

Clean Slate follows two friends at a Southern drug recovery program as they struggle to come to terms with their addiction and mental illness by making a short film about the pain they’ve caused their families.

Jaume Collet-Serra Q&A: ‘Black Adam’ Helmer Talks His Pitch To Dwayne Johnson That Helped Him Get The Job, His New Thriller With Taron Egerton & How Having Kids Has Influenced His Directing