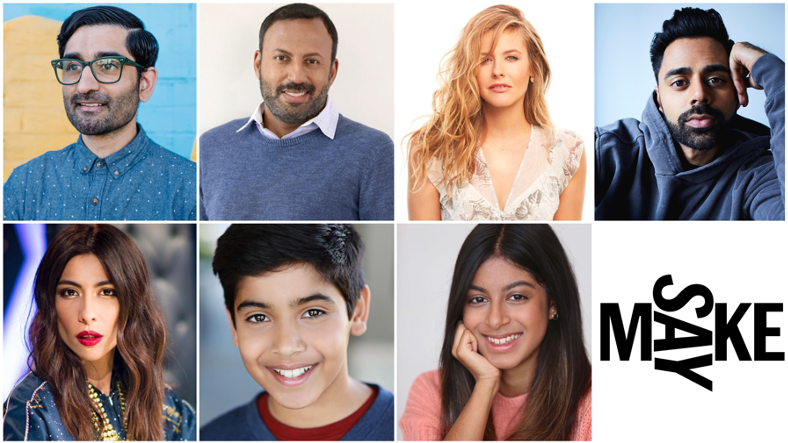 Largely autobiographical for its filmmaker, Mustache follows Ilyas (Verma), an eccentric 13-year-old boy who sets off to navigate the social hierarchy of his new California public school with a mustache his parents will not allow him to shave off. Manji will play Ilyas’ father Hameed, with Pakistani-Canadian singer Shafi playing his mother, and Manji’s daughter Ayana set to portray his school friend, Yasmeen.

Details as to the roles of Silverstone and Minhaj haven’t been disclosed. But Christina Won (Birdman) and Jessica Sittig of MakeSay are producing along with American Light and Fixture’s Christopher Storer and Tyson Bidner — the duo behind the hit series Ramy and The Bear for Hulu and FX, respectively. Cooper Wehde and Parker Mays are co-producing. MakeSay and Cinereach are financing the pic, with the Toronto-based Andrew Bronfman of Good Movies Inc. serving as exec producer. UTA Independent Film Group will represent worldwide sales.

“I’m very humbled and honored to be partnering with the amazing people at MakeSay as well as the talented Christopher Storer to bring my very personal and often eccentric film, MUSTACHE to life,” said Khan. “I can’t think of a better team to partner with to bring this film to life.”

“I am excited to be a part of a project that tells a universal coming of age story in ways that we haven’t seen before and from a diverse perspective,” remarked Rizwan Manji. “MUSTACHE is an honest representation of growing up Muslim in the 90s. I found the script special, and immediately connected to the father son relationship that is central to the film.”

“MUSTACHE is exactly the kind of paradigm shift we love to bring to the screen. A heartwarming and funny story that highlights an underrepresented culture and uplifts a diverse, auteur filmmaker,” added Won and Sittig in a joint statement. “Imran is an incredible talent and he draws from his own personal experiences growing up in the bay area in the 90s to create a film with laughs and a lot of heart. We couldn’t be more proud to bring this story to light.”

Khan has previously written and directed a number of award-winning shorts including 2016’s Prom, which was based on ideas from Minhaj’s stand-up special Hasan Minhaj: Homecoming King. He’s worked on the editing teams for films ranging from Space Jam: A New Legacy to Minions: The Rise of Gru, and was recently selected for the Pillars Artist Fellowship, created by Riz Ahmed’s Left Handed Films and Pillars Fund to champion and mentor Muslim writers and directors.

Khan is represented by UTA and Bellevue Productions; Rizwan Manji by A3 Artists Agency and 3 Arts Entertainment; Verma by People Store, Osbrink Talent Agency and Artistic Endeavors; Ayana Manji by The Characters Talent Agency, A3 Artists Agency and The MET Group; Shafi by Bella Agency in Toronto;  Silverstone by UTA, Untitled Entertainment and Gang, Tyre, Ramer; Minhaj by WME and Hansen, Jacobson, Teller; MakeSay by Heller Law and Latham & Watkins; and Storer by WME, Kaplan/Perrone Entertainment and Paul Hastings.