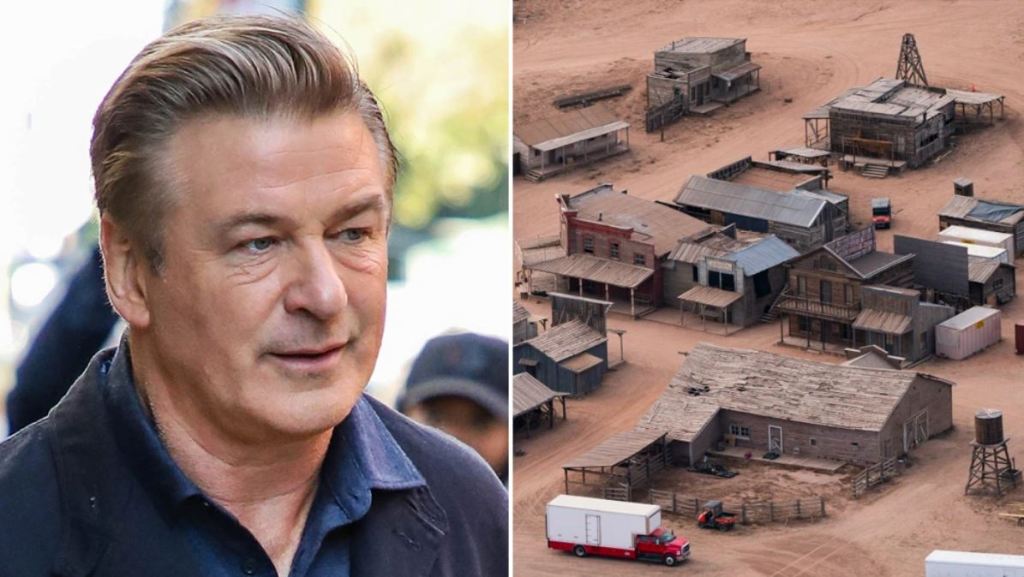 Refresh for more details: Rust Productions and its star and producer Alec Baldwin have reached a settlement with the estate of slain cinematographer Halyna Hutchins.

The Hutchins family had filed a wrongful death lawsuit back on Feb. 15 over the shooting of the DP which occurred on Oct. 21, 2021 when Baldwin discharged a prop gun after being informed by the production AD David Halls that the weapon was “cold”.

“We have reached a settlement, subject to court approval, for our wrongful death case against the producers of Rust, including Alec Baldwin and Rust Movie Productions, LLC. As part of that settlement, our case will be dismissed,” said Matthew Hutchins, husband of the late Halyna Hutchins this morning.

“The filming of Rust, which I will now executive produce, will resume with all the original principal players on board in January 2023. I have no interest in engaging in recriminations or attribution of blame (to the producers or Mr. Baldwin). All of us believe Halyna’s death was a terrible accident. I am grateful that the producers and the entertainment community have come together to pay tribute to Halyna’s final work.”

Rust Movie Productions, LLC, through its attorney, Melina Spadone of Pillsbury Winthrop Shaw Pittman, said: “We are pleased the parties came together to resolve this matter, which, subject to court approval, marks an important step forward in celebrating Halyna’s life and honoring her work.”

Alec Baldwin’s attorney, Luke Nikas of Quinn Emanuel, added: “Throughout this difficult process, everyone has maintained the specific desire to do what is best for Halyna’s son. We are grateful to everyone who contributed to the resolution of this tragic and painful situation.”

Joel Souza, Director of Rust, said: “Those of us who were lucky enough to have spent time with Halyna knew her to be exceedingly talented, kind, creative, and a source of incredible positive energy. I only wish the world had gotten to know her under different circumstances, as it surely would have through her amazing work. In my own attempts to heal, any decision to return to finish directing the film could only make sense for me if it was done with the involvement of Matt and the Hutchins family. Though certainly bittersweet, I am pleased that together, we will now complete what Halyna and I started. My every effort on this film will be devoted to honoring Halyna’s legacy and making her proud. It is a privilege to see this through on her behalf.”

Close to a year since the tragic incident occurred, the Santa Fe Sheriff’s Office has yet to charge anyone.

Last month, Deadline obtained a letter from Santa Fe District Attorney Mary Carmack-Altwies to the New Mexico Board of Finance requesting $635K to prosecute as many as four individuals with criminal and homicide charges related to the Rust tragedy (the DA was granted $317,750). The DA said in her letter that “one of the possible defendants is well known movie actor Alec Baldwin.” The Oscar nominated actor’s attorney Luke Nikas of Quinn Emanuel blasted the D.A. saying he was told “that it would be premature to discuss the case because they had not yet reviewed the file or deliberated about their charging decision.”

“It is irresponsible to report otherwise,” added Nikas at the time, “The DA has made clear that she has not received the sheriff’s report or made any decisions about who, if anyone, might be charged in this case.”

Nikas stated back in April that the Rust OSHA report “exonerates” Baldwin.

In an ABC news interview with George Stephanopoulos last December, Baldwin insisted he never actually pulled the trigger of the gun which took Hutchins’ life during a quick draw rehearsal move in a church location on the set of Rust.

Baldwin also told Stephanopoulos back in December, “I have been told by people who are in the know, in terms of even inside the state, that it’s highly unlikely that I would be charged with anything criminally.”