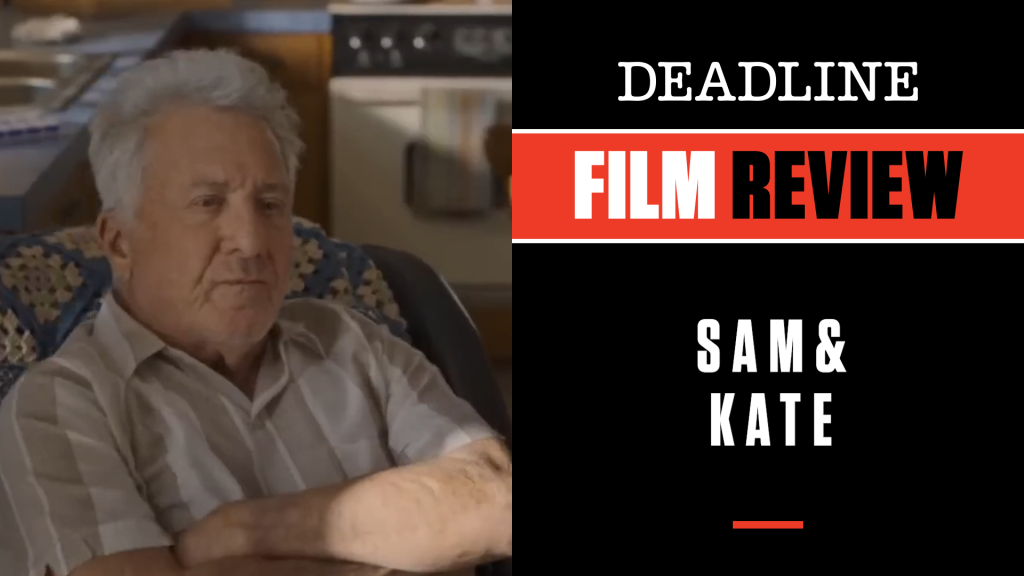 Working seven years to get his feature writing and directorial debut Sam & Kate just right, Darren Le Gallo not only has created a touching and engaging family drama but he also as managed to cast a couple of famous acting families to pull it off in style. Add to that that Le Gallo’s own wife, six-time Oscar nominee Amy Adams, adds to the familial aspect of the film by serving as one of a small village of executive producers involved in bringing it all to the screen.

Having its world premiere tonight at the Austin Film Festival before opening exclusively in theaters (yay) in two weeks, Sam & Kate is almost a throwback to the kind of modest but authentic family drama that studios regularly churned out at one time in a galaxy far far away, but now almost never bite on. Fortunately, when you have certified cinematic legends like Dustin Hoffman and Sissy Spacek signing on in significant roles, what independent distributor would want to resist? Fortunately, Vertical Entertainment didn’t, and in return has a compelling and richly rewarding movie on its hands that should, if there is any justice, bring in that hard-to-get older adult audience to the multiplex (though this will also play very well at home when it hits VOD and streaming services).

The bonus here is seeing both of its stars’ accomplished offspring believably taking on the title roles and hitting it out of the park on their own merits. Although on the surface this might sound like gimmick casting, it turns out to be anything but that, with stirring turns by both Dustin’s son Jake Hoffman (The Wolf of Wall Street, The Irishman) and Spacek’s daughter Schuyler Fisk (Orange County). They drive the story of two older kids now dealing with the sometimes heartbreaking task of helping an elderly parent, while trying to put their own lives back together against all odds.

Sam (Jake Hoffman) has come back to the small town in which he grew up to move in with and watch over his elderly widowed Dad, Bill (Dustin Hoffman), a somewhat cantankerous and demanding man now lost at sea without his beloved wife. Sam works at a local chocolate factory, and continues his childhood obsession and talent of sketching people and places, a sign of unrealized potential as an artist. When he spots Kate (Fisk), the beautiful owner of a rare-books store, he becomes instantly smitten and asks her out, more than once, but with little luck until he basically wears her down to buy a cup of coffee. Her co-worker Beth (a fine Elizabeth Faith Ludlow) can’t understand why she keeps turning him away, but as we discover with all four of these main characters, there are events in their past keeping their guard up.

In a perhaps too convenient plot device, father and son Bill and Sam are brought to the rescue after Kate and mom Tina’s (Sissy Spacek) car ignition goes dead in the church parking lot after services all attended. This leads to a dinner invite and some unexpected sparks between Bill and Tina, even a tentative dance that doesn’t end well when Bill collapses after a few too many drinks. Meanwhile, come New Year’s Eve Sam convinces Kate to join him on a friends outing to the roller rink. Her resistance to his awkward pursuit starts cracking at the same time Bill works up the nerve to ask Tina to a restaurant date.

At this point the traumas of their past start colliding with the present, and the tone turns a bit dark with revelations that explain much — maybe too much. Fortunately, Le Gallo is blessed with this cast that knows how to play melodramatic situations with subtlety, even as it appears the emotional overload of it all could overwhelm the simple human story of one generation looking after another — and vice versa. Le Gallo knows it is that very human touch that is most important here, particularly in a touching sequence where Sam makes a huge mistake and accidentally misplaces a key memento of Kate’s.

This is the kind of film that it is best to just let unfold in front of you without too much information. It earns its tears (and a few laughs) honestly, and tells a story of family ties in an America that seems out of the past, but one that it is greatly missed.

Hoffman and Spacek are wonderful together, two pros still at the top of their game. The younger Hoffman, who looks remarkably like his father in his earlier years, sweetly plays Sam as an infectious but good-natured man wearing his heart and self-doubt on his sleeve. Fisk is just terrific here, and like her real-life mom seems incapable of a false note. She also is a talented musician, which becomes a key part of Kate’s own past, paying it off with a lovely rendition of an original song, “Life After,” that she also wrote. Among the supporting cast, Henry Thomas (yes, Elliot from E.T.) is fun as a guitar-strumming co-worker of Sam’s, and Elizabeth Becka makes the most of a few scenes as a church friend of Tina’s.

Vertical releases Sam & Kate in theaters on November 11. Check out my video review above with scenes from the film.

‘Avatar: The Way Of Water’ Will Be Three Hours Plus In Run-Time, But Final Length Still Undetermined