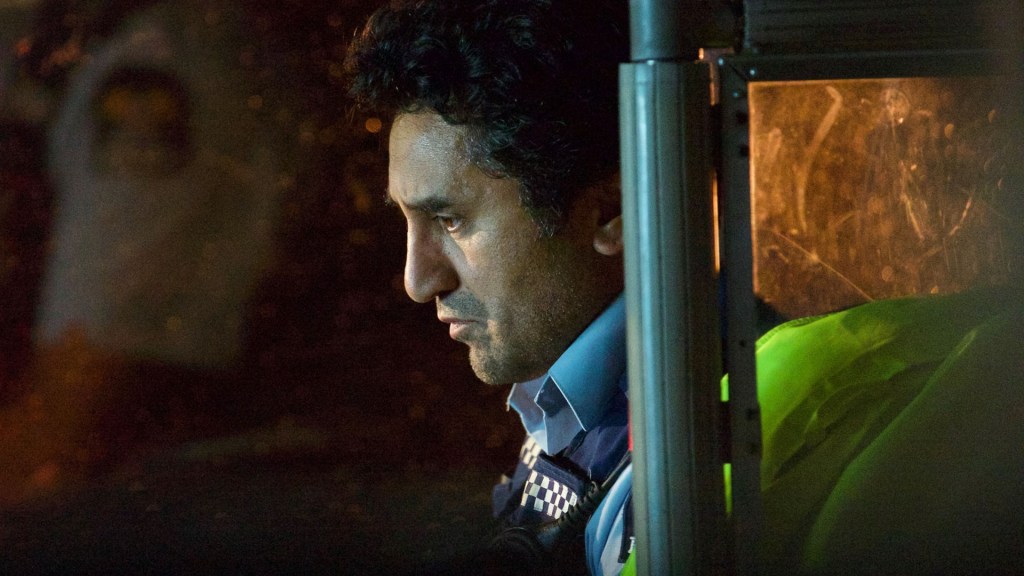 Welcome back to the Scene 2 Seen Podcast, I am your host Valerie Complex — assistant editor and film writer at Deadline. Had some technical difficulties so that’s why this latest episode didn’t publish Tuesday, but it’s a new day, and here we are.

On today’s episode, I chat with native New Zealanders actor Cliff Curtis and director Tearapa Kahi about the new film Muru, which had its premiere at the Toronto Film Festival this year. In the discussion, Curtis and Kahi talk about the incident that inspired Muru, police brutality within the Maori community, and their personal encounters with the police.

Inspired by actual events, Muru is the powerful story of local Police Sergeant “Taffy” Tāwharau who recently returned home to the remote Ruatoki valley to look after his sick father.

Taffy’s father’s close associate, Tame Iti, runs a series of boot camps in the valley called Rama (fire light). These camps are centered around survival skills and keeping their shared Tūhoe identity alive. Despite many invitations, Taffy has never attended Camp Rama. Unknown to everyone in the valley, Rama has been under police surveillance for six months, and when a troubled youth (Rusty) fires a loaded rifle, surveillance footage triggers a response, led by Captain Gallagher and an elite STG unit.

The 2007 New Zealand police raids were a series of armed raids conducted over two days in October, but it was really the government assuming that Tame Iti was a domestic terrorist. I don’t want to go any further into the story — you’ve got to hear it from them.

Early ideas for Muru the film were developed by Kahi, Curtis and Iti in 2015. Curtis and Kahi have had a longstanding relationship beginning in 2007, when Curtis was executive producer on one of Kahi’s short films.

Curtis is a New Zealand-born actor with extensive local and international credits. He made his feature film debut in Jane Campion’s Oscar winner The Piano before starring in Once Were Warriors as Uncle Billy and in Whale Rider. In 2014, he starred in James Napier Robertson’s box office hit The Dark Horse, taking home Best Actor at the New Zealand Film Awards. Other credits include Martin Scorsese’s Bringing Out the Dead, David O. Russell’s Three Kings, Antoine Fuqua’s Training Day, Len Wiseman’s Live Free or Die Hard, and Danny Boyle’s Sunshine.

Kahi has written and directed documentaries, award-winning shorts and the film Mt Zion starring Stan Walker — the most successful local cinema release of 2012. He has since directed two feature-length music documentaries: acclaimed Moa-nominated Poi E: The Story of Our Song in 2016, and Herbs – Songs of Freedom in 2019. Other directing credits include: Taua – War Party and The Speaker.