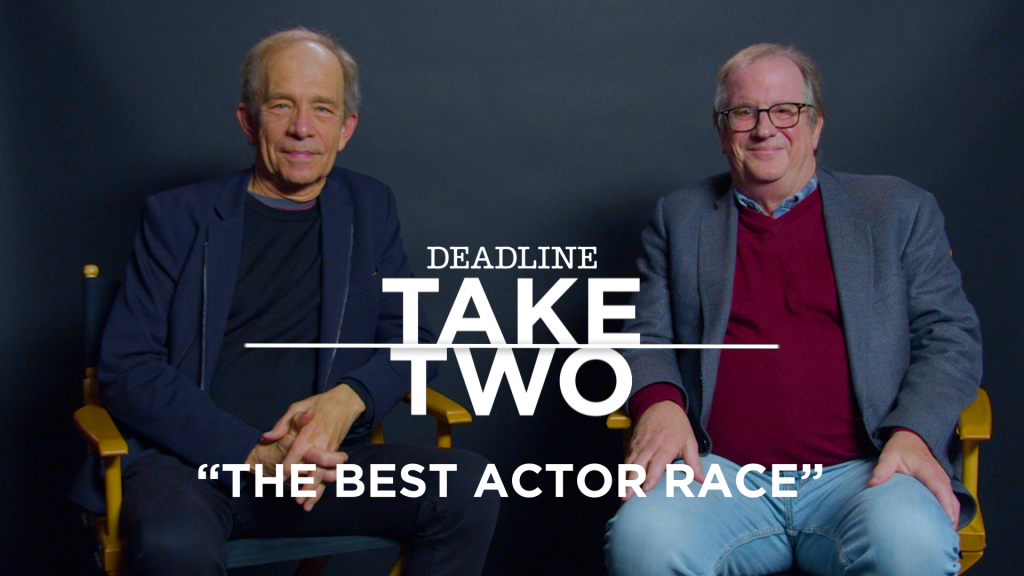 Editor’s note: Deadline presents the 38th episode of its video series Take Two, in which Pete Hammond and Todd McCarthy tackle the artistry of films. Each has reviewed and written about the craft for decades and built a remarkable breadth of knowledge of films past and present. What we hoped for when we asked them to do this was a concise, mature and thoughtful conversation comparable to what we saw from Roger Ebert and Gene Siskel.

A couple of weeks ago we surveyed the highly competitive Best Actress Oscar race, and now this week we take a look at the top contenders for Best Actor. While full of exceptional performances this category does not appear to be as crowded as usual, and that could mean some ripe opportunities for actors who might have had a tougher time getting noticed here in previous years. Currently topping the list are potential first time nominees like Colin Farrell in The Banshees Of Inisherin, Brendan Fraser as a 600 pound man trying to reconnect with his daughter in The Whale, and Austin Butler channeling Elvis Presley in the summer hit, Elvis. Veteran Bill Nighy is also angling for his first-ever recognition from the Academy, as is Adam Sandler who has been heavily seen on the awards circuit this Fall for his Netflix film Hustle.

Can Tom Cruise, a previous multiple nominee make a return in the year’s number one picture, Top Gun: Maverick in which he plays the title role 36 years after first trying it out in 1986? Will Hugh Jackman nab his second nomination for the highly dramatic The Son? Will the Academy find room for much needed diversity in the list with a group of exceptional performances from the likes of Jeremy Pope in The Inspection and Jonathan Majors in Devotion? And then there’s Will Smith as a runaway slave in Emancipation which Apple TV+ has suddenly dropped into the season. What will voters make of last year’s Best Actor winner, the notorious slap, and whether he is still deserving of a second shot despite being banned from any Oscar show for the next decade and being forced to resign from the Academy? There is much to talk about including a possible nomination for Gabriel LaBelle who plays the young Steven Spielberg (albeit with a different name) in the much acclaimed autobiographical film, The Fabelmans.