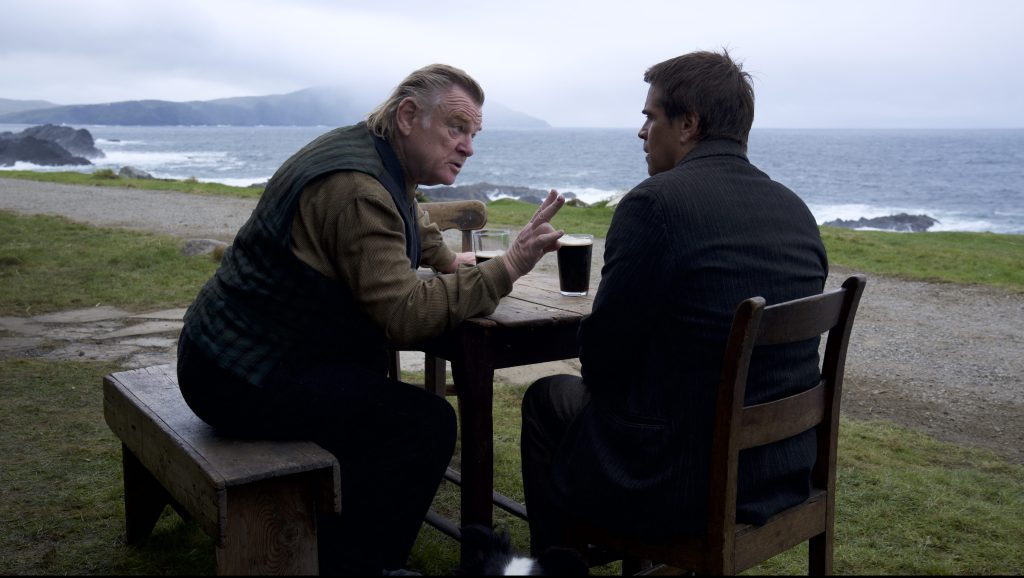 EXCLUSIVE: Deadline has an exclusive 3-track sampler from Carter Burwell’s score to The Banshees of Inisherin, which is set for release on all major digital platforms tomorrow via Hollywood Records, as the film debuts in theaters via Searchlight Pictures.

The dark comedy reuniting writer-director Martin McDonagh with his In Bruges stars Colin Farrell and Brendan Gleeson is set on a remote island off the west coast of Ireland, amidst the Irish Civil War. It follows lifelong friends Pádraic (Farrell) and Colm (Gleeson), who find themselves at an impasse when Colm unexpectedly puts an end to their friendship. A stunned Pádraic, aided by his sister Siobhán (Kerry Condon) and troubled young islander Dominic (Barry Keoghan), endeavors to repair the relationship, refusing to take no for an answer. But Pádraic’s repeated efforts only strengthen his former friend’s resolve — and when Colm delivers a desperate ultimatum, events swiftly escalate, with shocking consequences.

Two-time Oscar nominee Burwell came to the project after collaborating with McDonagh on his films In Bruges, Seven Psychopaths and Three Billboards Outside Ebbing, Missouri. The composer notes that he and McDonagh share “similar sensibilities,” which have informed each of their projects to date in different ways. “Martin’s writing is very particular – it involves a dark view of the world, a really vicious sense of humor, and a lot of humanity. That combination is something we have in common,” says the composer. “[But] I approach every film as its own world. Even though Martin and I have done several films together and they’re all Martin McDonagh films, they’re all different.”

Burwell entered discussions with McDonagh about Banshees at the script stage, as had been the case on past films, with the filmmaker in this case bringing to the table a clear sonic concept for one section of the film, involving the metallic instrument known as the Balinese gamelan. “I happen to be a big fan of gamelan music,” shares Burwell. “It’s also a bit strange for a movie taking place in Inisherin. But I kind of like the strangeness, and I found myself weaving gamelan instruments into the score as an experiment.”

Other instruments securing their place as key components of the Banshees score included the celeste, the harp and the flute. “These are all very pretty, almost childlike instruments, which wouldn’t be out of place in a fairy tale. They fit Pádraic, who is a little bit of a man-child,” reflects Burwell. “As you follow the dark road that the story goes down, the music starts to feel more ironic. Even though these were all very light sounds, the tunes are not.” Burwell also notably worked with a small but strong orchestra at London’s famed Abbey Road.

Also known for collaborations with the Coen brothers, as well as filmmakers like Todd Haynes and Spike Jonze, Burwell scored his Oscar noms for McDonagh’s most recent film Three Billboards and Haynes’ 2015 drama Carol, having also been recognized over the years with an Emmy, three Golden Globe noms and other accolades. Burwell also recently penned the score for Lena Dunham’s Prime Video pic Catherine Called Birdy, as well as Joel Coen’s The Tragedy of Macbeth and the series Space Force and The Morning Show. Upcoming projects for the composer include Damián Szifron’s Misanthrope starring Shailene Woodley and Ben Mendelsohn and Brian Helgeland’s Paramount+ thriller Finestkind.

Listen to Burwell’s The Banshees of Inisherin sampler, teasing his 21-track album for the film, by clicking above.