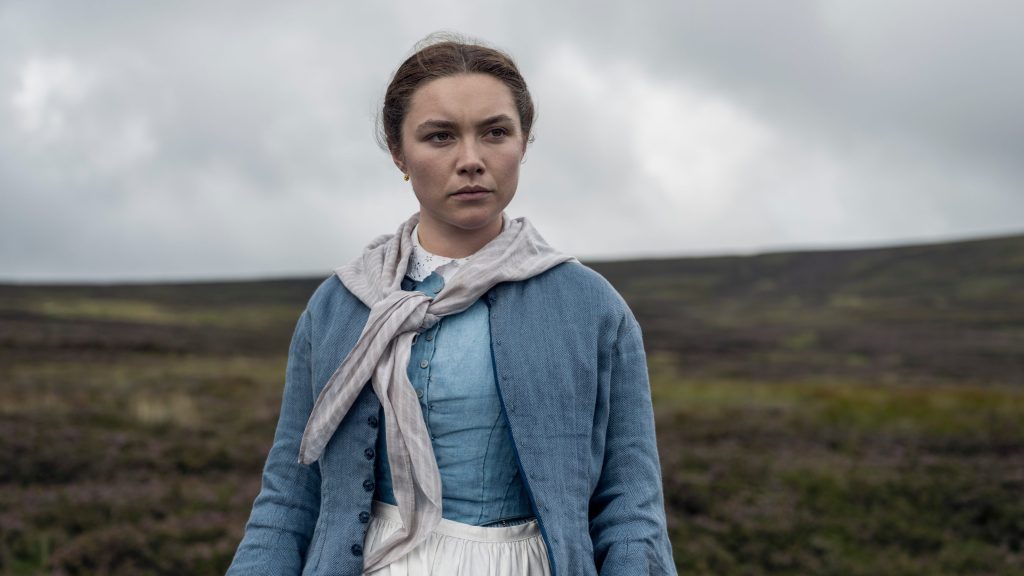 Netflix on Tuesday released the official trailer for The Wonder, the Florence Pugh-starring adaptation of Emma Donoghue’s novel directed by Sebastián Lelio. The pic had its world premiere at the Telluride Film Festival and is gearing for a November 2 theatrical release. It hits Netflix on November 16.

Set in 1862 just after the Great Famine, Pugh plays English Nightingale Nurse Lib Wright, who is called to a devout community in the Irish Midlands to examine 11-year-old Anna (Kíla Lord Cassidy), who claims to have not eaten for four months, surviving on “manna from heaven.” Lib is determined to find out what’s really going on as Anna’s health deteriorates. Donoghue, Lelio and Alice Birch co-wrote the script.

Pugh, an Oscar nominee for Little Women, has been busy this fall which also saw her starring opposite Harry Styles in Olivia Wilde’s Don’t Worry Darling, which bowed at Venice as she was concurrently filming the Dune sequel.

In The Wonder, she teams with Lelio, the Chilean filmmaker whose credits include another film with a strong female lead, 2017’s A Fantastic Woman.

Check out The Wonder trailer above.