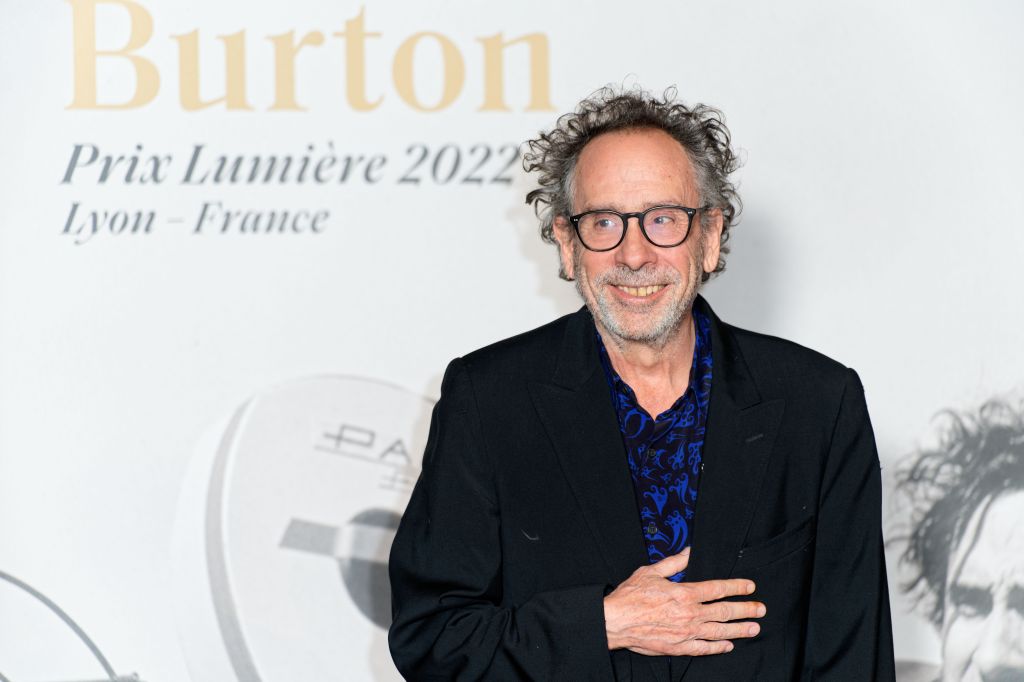 Long-time based London resident Tim Burton has joked that the current political chaos in the U.K. might prompt him to leave the country.

The U.S. filmmaker was talking at a press conference on Saturday at the Lumière Festival in Lyon where he received its prestigious Prix Lumière in front of a wildly enthusiastic local crowd on Friday night.

Talking about his 1996 film Mars Attacks!, Burton explained the film had been born out of his confusion about what was going on in the U.S. in the early 1990s.

“It was a strange period of my life where I was very confused about America at the time. It seemed very contradictory, what was real and wasn’t real,” he said. “That was my way of exploring it and dealing with it, looking at the weirdness and the contradictions of things in the guise of a disaster, science fiction movie.”

This revelation prompted another question on whether the political turmoil in his adopted home of the U.K. could also inspire a similar film.

“Obviously, it’s crazy. You keep thinking you’ve seen it all, right, and it just keeps getting more surreal and more surreal.”

Burton was talking after yet another chaotic week in U.K. politics which saw Liz Truss step down as prime minister, after a chaotic six weeks in power which has left the country’s economy in tatters.

Burton suggested that if he did try to make a film about the political situation in the U.K, “no one would believe it”.

The director said attending the Lumière Festival and Friday night’s high-octane honorary award ceremony had re-energized his connection with cinema after a period in which he had had doubts about the future of the medium.

“I don’t really watch my movies. It was strange seeing the clips. I got quite emotional. It feels like each film you do is part of your life and is very deep and meaningful so it’s like watching your life flashing before your eyes – that’s why I likened it to a funeral in a way, in a beautiful way, it captures moments of your life.”

“As I said to Thierry, it’s re-energized me. That’s why this festival is so great because it’s purely about cinema, rather than business or awards or anything else,’ he added. “All studio executives should be forced to come here to reinvigorate them to know why they wanted to make movies in the first place. It should be part of their job.”

Burton said he has no firm film projects on the go at the moment, revealing he would be returning to complete his upcoming Netflix The Addams Family spin-off Wednesday after his Lumière trip.

The filmmaker also talked about his long relationship with Disney, where he began his career as a young animator.

He suggested that while occasional, under-the-radar individual projects might find a place at the studio, it was mainly now mainly focused on Marvel, Pixar and Stars Wars franchises.

“It’s gotten to be very homogenized, very consolidated. There’s less room for different types of things,” he said, adding it was unlikely he would ever do a Marvel movie. “I can only deal with one universe, l can’t deal with a multi-universe.”

Burton said it was unlikely he would be returning to work with Disney any time soon following his experiences on his 2019 live-action reboot of Dumbo.

“My history is that I started out there. I was hired and fired like several times throughout my career there. The thing about Dumbo, is that’s why I think my days with Disney are done, I realized that I was Dumbo, that I was working in this horrible big circus and I needed to escape. That movie is quite autobiographical at a certain level,” he said.

The filmmaker suggested, however, that had not ever contemplated going down the independent production route, having only ever worked with the studios throughout his career.

“Here’s the thing. Independent film, I don’t know. I’ve only worked mainly with studios so I never really understood what an independent film was,” he said.

At a masterclass on Friday, Burton had suggested that he had no plans to get involved in a reboot of his 1988 cult classic Beetlejuice. Plan B confirmed to Deadline in February that it was developing Beetlejuice 2.

Burton backtracked on this on Saturday after being quizzed for clarification on whether he would be involved or not, saying “nothing is out of the question.”

“I only know if I’m making a film when I’m actually on the set shooting. I try to go back to the root of everything. It springs from a seed and then it grows, rather than out these statements,” he said  “I am working on ideas and things but it’s all very early days. We’ll set how it goes. How’s that for a none answer?”