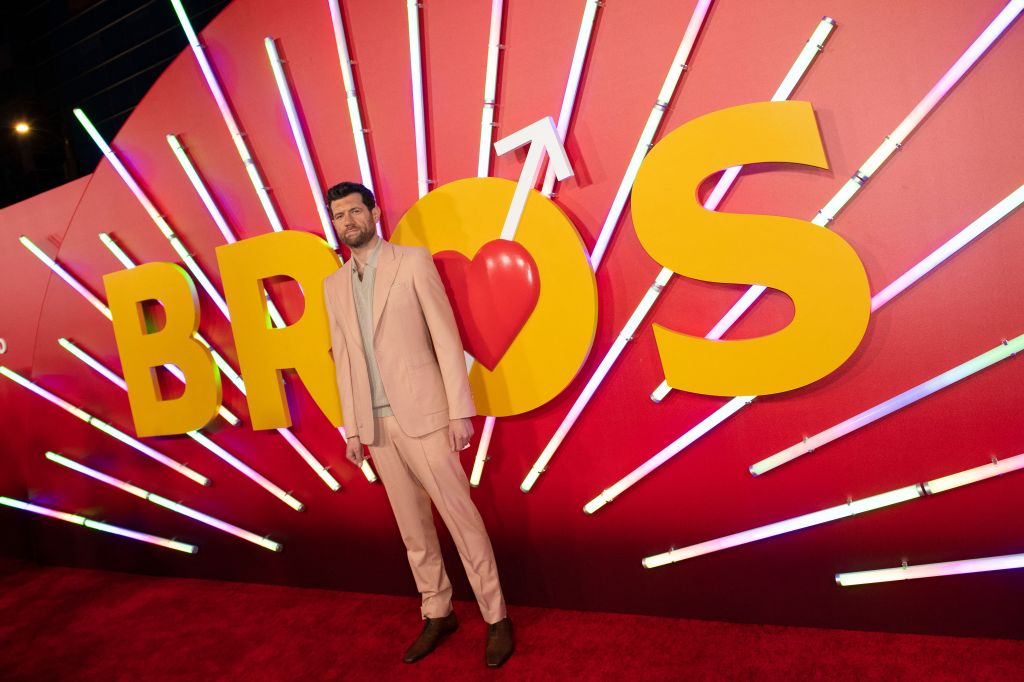 A New Yorker Festival panel with actor and comedian Billy Eichner and playwright and actor Harvey Fierstein, who both appear in Bros, turned into an onstage post-mortem about the gay rom-com’s disappointing opening.

Fierstein, who has a cameo role in the film, criticized Universal’s “history-lesson” marketing and the studio’s decision to open it wide given that the high-stakes release pattern meant that the pitch took a hectoring turn. It then had to cajole a broad cross-section of people to buy tickets, not an easy feat even before the climate grew even dicier for theatrical comedies coming out of Covid. The result: a $4.8 million weekend, about 40% below expectations.

In his signature rasp, Fierstein blasted “the whole idea of putting this movie out with this idea of, ‘The first ever gay movie! Starring a gay homo! And written by a big homo … but produced by heterosexuals! I mean, ‘Is this a history lesson or a movie?’ I didn’t think it was really smart. I think sometimes, you have to let the audience find you. Let them discover you, let them fall in love with you. Because the movie is too good. … It’s just really human, and had the audience been allowed to find it on their own, I think they would have easier” as opposed to what he mocked as Universal’s “get the f–k in the theater or I will call you names!” approach.

Eichner, who co-wrote the Judd Apatow-produced film with Nicholas Stoller, who also directed, has ridden endless waves of backlash and affirmation over the past week since the bow. He tweeted his pride in the film but also lamented the homophobia endemic to moviegoing populations in large swaths of the country, which he blamed for its underperformance. Columns and think pieces then went after Eichner for wagging his finger at the audience, blaming the very ticket-buyers he needed to cultivate. “I never knew people were so interested in me,” Eichner said.

While the panel at the SVA Theatre (and livestreamed on Twitter) was harmonious and Eichner lavished praise on Fierstein’s legacy, he did gently push back on the idea that the studio deserved blame for how it handled Bros. “There wasn’t much of a blueprint for this movie when it came to the marketing and all of that,” Eichner observed. Universal “could not have been more supportive every step of the way. But it was a new type of movie for them, too. When Hollywood takes more than a century to release an R-rated gay rom-com and to do this wide of a release with a movie like this, there isn’t much of a blueprint to follow.”

A lack of bankable stars — due to the filmmakers’ decision to have an all-gay cast, meaning many A-listers wouldn’t have qualified — hampered the opening, Eichner said, along with “so many things stacked against it” as a theatrical proposition. “We could have easily thrown Chris Evans into the Luke McFarland role” as Eichner’s character’s opposites-attract boyfriend. “But we didn’t because for us it was important to give a number of openly LGBT actors a chance to star in a movie even though they weren’t movie stars.”

The conversation went on to touch on a number of other topics — such as Fierstein’s experience writing and starring in the Tony-winning landmark Torch Song Trilogy on Broadway in the 1980s during the onset of AIDS — but it returned many times to Bros. As things warmed up, Eichner’s comic edge returned, and the free-flowing talk recalled at times the pop-culture drive-bys on Eichner’s Hulu series Difficult People as well as Billy on the Street, which got several onstage shoutouts. After a serious point about most gay-themed screen projects involving tragedies and not Nora Ephron-style romantic uplift, moderator Michael Schulman noted that Bros came out as Dahmer (which stirs gay identity themes into its serial-killer stew) was climbing the Netflix charts. “Sorry I’m not as likable as Jeffrey Dahmer!” Eichner howled. “You think I’m insufferable?! I mean …! Every gay man I know is like, ‘I don’t know about Bros … but Dahmer!”