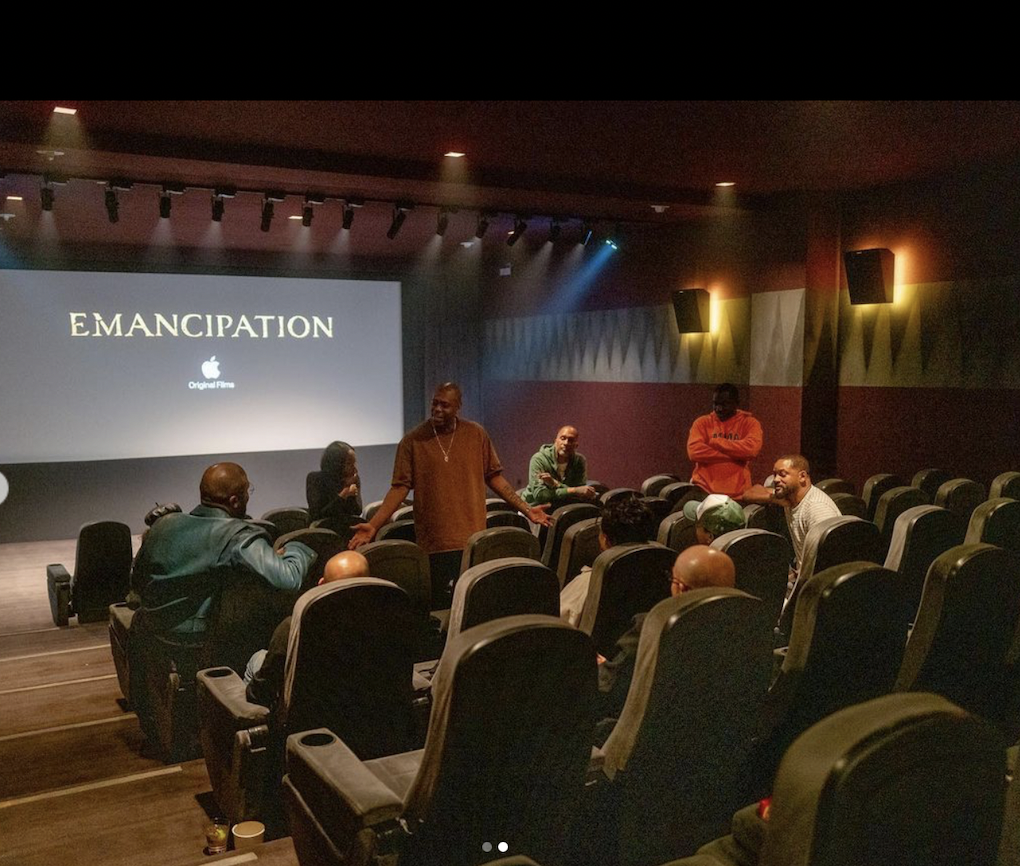 Will Smith entertained a starry group of friends with a private screening of his upcoming Apple Original Films drama Emancipation. On Monday afternoon, Smith posted photos of the mini get-together that featured Rihanna, Tyler Perry, Dave Chappelle, A$AP Rocky, Kenya Barris and others.

On the post, he wrote, “EPIC night!! Thanx for coming to see #Emancipation. Hope ya’ll enjoyed!!” Replying, Barris said, “This night was MAGIC and your movie is truly something that will last forever!” In a separate post, he called the film “true art.”

Directed by Antoine Fuqua, Emancipation stars Smith as Peter, an enslaved man who escapes, braving the swamps of Louisiana armed with only his wits, on a quest for freedom. It is set for a December 2 theatrical opening, followed by a December 9 release on Apple TV+. The film has had a high profile since Apple won the rights to make it in a record-breaking auction.

The anticipated film is also the first starring Smith to release following his onstage slap of Chris Rock at the Oscars earlier this year.

Chapelle is currently on tour with Rock, and last month referred to the incident during a show in Liverpool, calling it a “very strange choice.” He said Rock had always been himself, whereas his longtime friend Smith “did an impression of a perfect man for 30 years… I just hope he doesn’t put that mask back on.”

Perry previously (and reluctantly) discussed the incident during the Tribeca Film Festival. He said, “It was wrong in no uncertain terms and I made sure I said that to Will.” He added, that Rock “was a pure champion the way he handled it. But something happened that was extremely painful for [Smith] as well. It’s no excuse, he was completely wrong, but something triggered. That was so out of everything he is.”

After the incident, Smith was banned from the Oscars for 10 years. In a video posted in July, he apologized to Rock and said he was “deeply remorseful.”

Fuqua recently told Deadline, “Will Smith is a great guy. I was with him for a couple of years, making this movie. He is a wonderful person, an amazing partner and he did an amazing job on this movie. Chris Rock’s a good guy… and I just pray it works out for them as friends, and we can move forward.”